Cronos Group Inc. (CRON.TO) shares fell as much as 9.3 per cent Thursday to the lowest since January after the pot producer said it expects adjusted earnings before certain items to decline over the course of 2019.

“As we continue to invest in our business, our brands and R&D initiatives, our adjusted Ebitda will likely decline over 2019 but position the company for accelerated growth in 2020,” Chief Financial Officer Jerry Barbato said on the company’s earnings call.

Toronto-based Cronos reported first-quarter revenue of $6.5 million. That was up 15 per cent from the previous quarter but missed the average analyst estimate of $7 million. Barbato said he expects revenue to remain “relatively stable” in the second quarter, then accelerate in the back half of the year.

Like many Canadian cannabis producers, Cronos is in the midst of ramping up its growing facilities while also preparing for the launch of legal concentrates and edibles later this year. This has resulted in some reporting disappointing results during a period of intensive spending and slower-than-expected sales into Canada’s nascent recreational pot market. 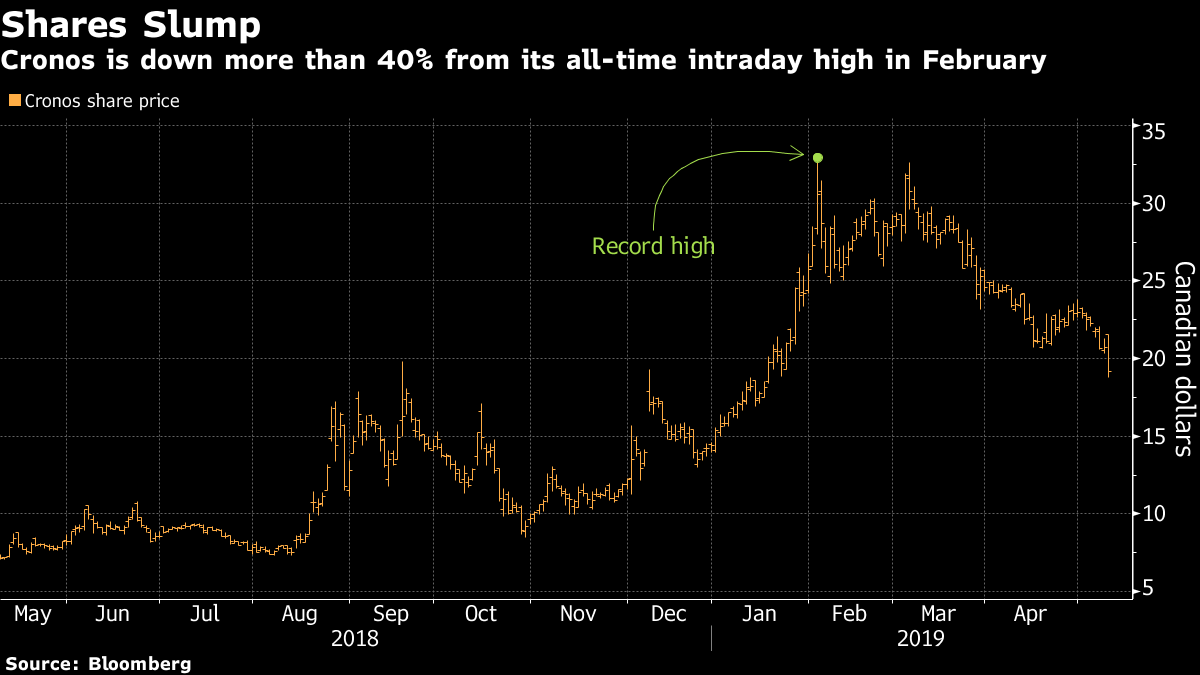 Chief Executive Mike Gorenstein said his company is trying to find an equilibrium between supplying the Canadian market today and stockpiling for when vaporizers and edibles join dried flower and oils on shelves in the fourth quarter.

“I think right now it’s certainly a balance between selling everything you have and making sure that you can load for launch,” Gorenstein said on the call. “Vapes, the category is very important to us, and making sure we’re able to launch with significant inventory is something that we’re continuing to prioritize.”

Earlier this week, Cronos opened a research and development facility in Israel to develop vaporizers that are designed specifically for cannabis. The lab will use assets and employees from tobacco giant Altria Group Inc., which invested $2.4 billion in Cronos in March for a 45 per cent stake in the company.