Canopy Growth prepares for next wave of drinks and edibles

Pot stocks are in the doldrums but affluent investors are upbeat.

Despite a bear market that’s seen the average cannabis stock lose more than half its value since March, 79 per cent of Canadians and 74 per cent of Americans still find the industry appealing, according to a new survey of 660 retail investors with at least $250,000 in investable assets.

The survey was commissioned by California-based omnichannel cannabis platform ManifestSeven and conducted by FTI Consulting Inc. It found that 90 per cent of Americans and 82 per cent of Canadians who are currently invested in cannabis believe they’re “completely on track” to achieve their financial goals despite the recent slump in markets. 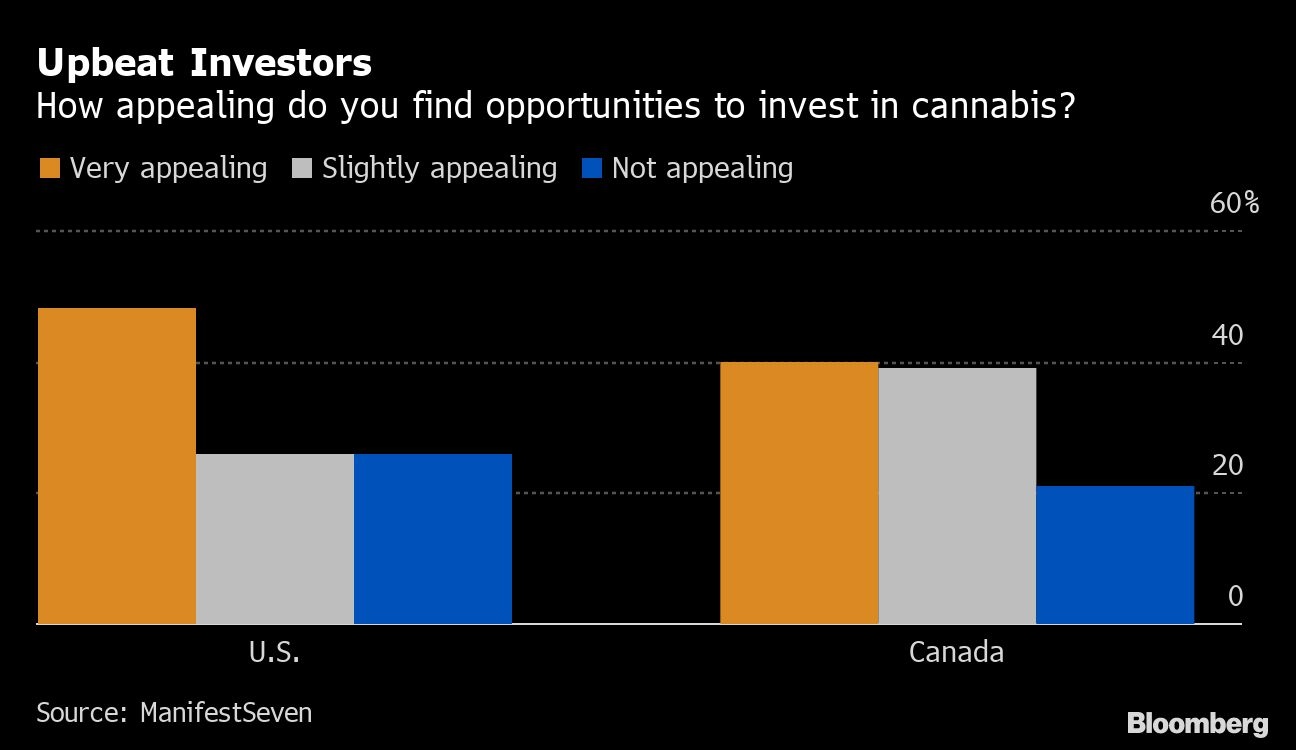 ManifestSeven intends to list on the Canadian Securities Exchange in the near term, and Chief Executive Officer Sturges Karban shares the surveyed investors’ bullishness despite the recent market weakness.

“I often compare this from a cyclical development perspective to the internet revolution, so you have a 1.0 and a 2.0 cycle,” said Sturges Karban, chief executive officer of ManifestSeven, formerly known as MJIC Inc. “When I look at where the market is right now, this to me has all the indications of the beginning of a true sustainable hockey stick.”

Karban is raising capital in conjunction with the planned reverse-takeover listing, with a target of US$20 million. Despite the market downturn, he said “the appetite has not waned at all.” However, he’s in no immediate rush to list and plans to “spearfish” the right time in the market.

ManifestSeven’s post-listing annual revenue run rate could be as high as US$65 million, according to a source familiar with the company.