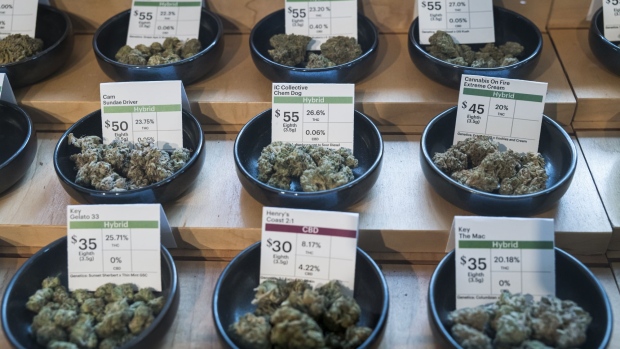 Pot stocks jumped after an updated U.S. House schedule showed a vote will be held on marijuana decriminalization next week.

The BI Global Cannabis Competitive Peers index, which had been trading lower before the announcement, quickly gained three per cent to the highest since Feb. 10. Aurora Cannabis Inc. rose 16 per cent, Tilray Inc. jumped 14 per cent, Harvest Health & Recreation Inc. added 11 per cent and Cronos Group Inc. gained 8.6 per cent.

A vote will be held on the Marijuana Opportunity, Reinvestment and Expungement (MORE) Act, which seeks to remove cannabis from the list of scheduled substances, according to a schedule update from Majority Leader Steny Hoyer. The House delayed a vote earlier this year. The Senate is not set to consider similar legislation at this time.