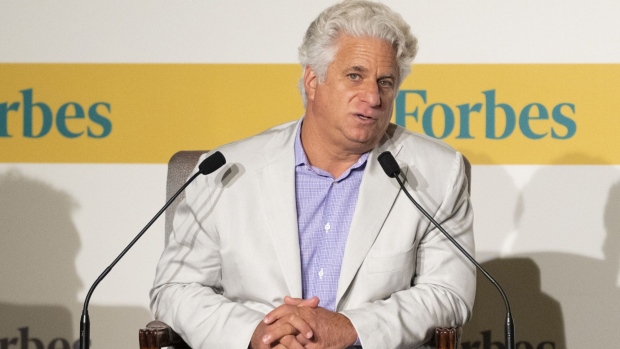 Joe Ravitch, co-founder and partner at The Raine Group, speaks during the Forbes CEO Summit in Singapore, on Tuesday, Sept. 27, 2022. Singapore has overtaken Hong Kong to become Asia’s top financial center — and the third in the world — according to the Global Financial Centres Index. , Bloomberg

The adviser who helped Russian businessman Roman Abramovich sell Chelsea FC for £4.25 billion ($4.53 billion) says the rapid fall of the British Pound won’t lead to a fire sale of the country’s football clubs.

“No one is suffering because of the decline of the pound when it comes to English football,” Raine Group co-founder Joe Ravitch said in an interview at the Forbes Global CEO Conference in Singapore. “The opportunity to arbitrage currency volatility is when there’s a currency mismatch, but most of the money the clubs generate in revenue is in pounds and they pay out salaries in pounds.”

The pound’s decline has been swift; the £4.25 billion price-tag on Chelsea was worth $1.2 billion more when Abramovich first announced his intention to sell in early March. “The economy’s in the toilet and I think the pound will be fairly valued,” Ravitch said.

Many of the biggest English football clubs are already owned by foreigners, Ravitch pointed out. And when it comes to a team like Chelsea, there are more fans across Asia than there are in the UK, opening the door to expanded international opportunities.

“Regardless of currency those are huge opportunities,” Ravitch said. “Based on the diverse and broad scope of the buyers we had for Chelsea I think that’s proven out.”

Raine is expanding into South East Asia, with partner Deborah Yupin Mei relocating from Shanghai to Singapore. As many as seven employees will be based there and the firm is in the process of applying for a local fund management license, she said.

Jonathan Pflug, head of Southeast Asia mergers and acquisitions at Morgan Stanley, will be leaving the US bank to join Raine’s Singapore office, according to people with knowledge of the matter.