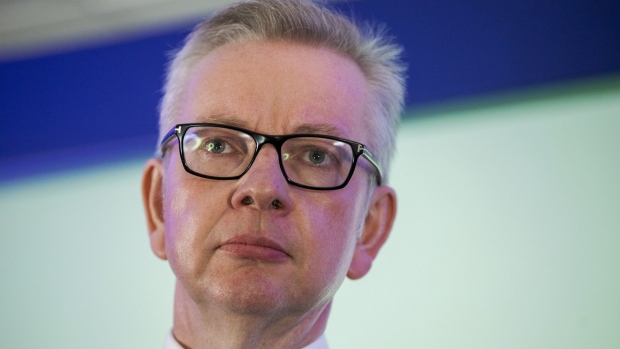 (Bloomberg) -- The British pound maintained its decline Wednesday as speculation swirled around the future of Prime Minister Boris Johnson amid a wave of departures from the government’s top ranks and ebbing party confidence in his leadership.

The pound was down 0.2% on the day around $1.1922 in the wake of news that key minister Michael Gove had been fired by the premier. It remains above the day’s lows, however, having dropped earlier in the session to as little as $1.1876, a level last seen amid the pandemic turmoil of early 2020.

Gove, a party stalwart who was in charge of the housing portfolio, had earlier called on Johnson to resign and would be the latest senior figure to leave the government. The move follows the departure of Finance Chief Rishi Sunak, Health Secretary Sajid Javid and a swath of other government members.

The latest political turmoil is pressuring the pound, which has been battered by concerns that UK interest rate rises will continue to lag monetary tightening in the US and other countries, as Britain faces bigger economic risks in the coming months.

Sterling has dropped 12% against the US dollar so far this year due to this mix of domestic and global issues, and a growing number of market participants see a possibility that the UK currency may fall towards $1.10, a level last seen in 1985.