“I would say that 50 basis points will be on the table for the May meeting,” Powell told an IMF-hosted panel on Thursday in Washington that he shared with European Central Bank President Christine Lagarde and other officials. “We really are committed to using our tools to get 2 per cent inflation back,” he said, referring to the Fed’s target for annual price increases.

Interest-rate futures are fully pricing a half-point move in the benchmark lending rate when U.S. central bankers meet May 3-4 and another half-point hike is fully priced for June. Investors are betting on a third half-point increase for July and Powell’s St. Louis Fed colleague James Bullard has opened a debate about doing a more aggressive 75 basis-point increase if needed.

Powell said “there’s something in the idea of front-end loading” moves if appropriate, “so that points in the direction of 50 basis points being on the table.” He declined to comment on market pricing but did note that minutes of the Fed’s March meeting showed that many officials backed one or more half-point rate increases to cool prices.

Central bankers are grappling with some of the highest inflation rates since the 1980s that are being further pressured as Russia’s invasion of Ukraine boosts food and energy prices and China’s coronavirus lockdowns tangles supply chains anew. 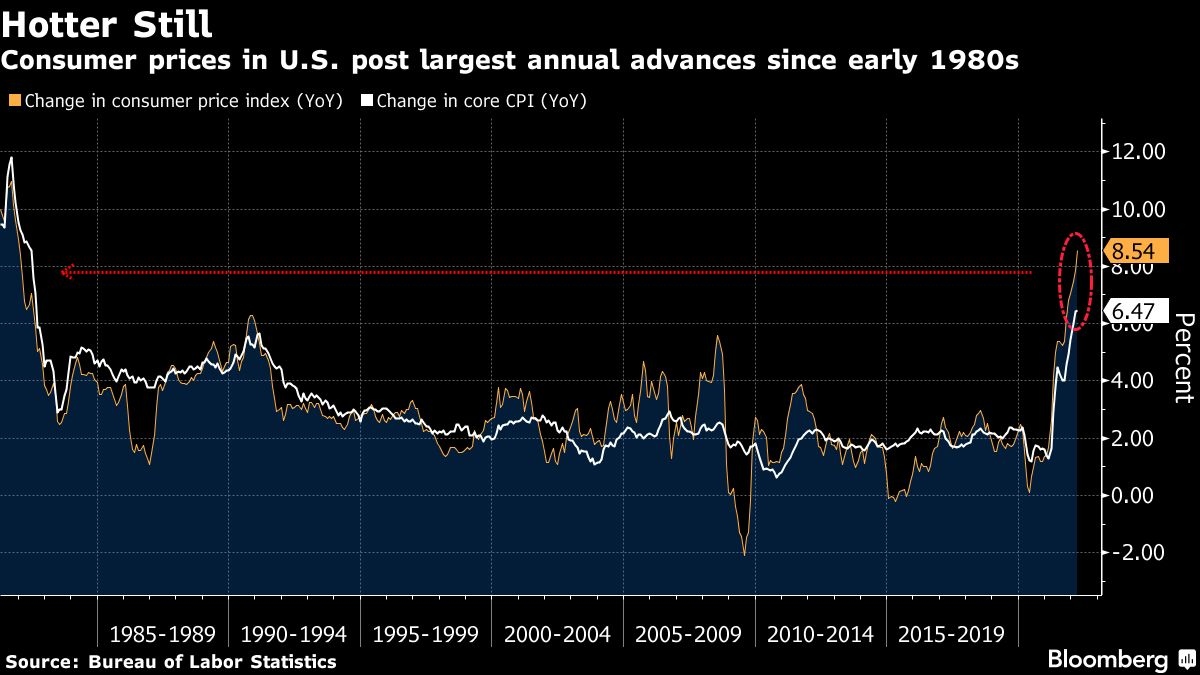 In the U.S., the consumer price index rose 8.5 per cent in March from a year earlier, the most since 1981; the Fed’s target is based on a separate measure known as the personal consumption expenditures price index. Fed officials have signaled they plan to lift the policy rate this year to a “neutral” level that neither speeds up nor slows down the economy, which could be 2 percentage points higher than where they have it now.

Fed officials are also likely to give the green light in May to a plan to start shrinking their balance sheet, with runoff capped at US$95 billion a month combined for Treasuries and mortgage-backed securities.

The U.S. labor market has been strong, with employers adding nearly 1.7 million jobs in the first quarter, pushing the unemployment rate down to 3.6 per cent last month.

Powell acknowledged the tightness of the job market but said it was “too hot” and the Fed is going to cool it down.

“It is a very, very good labor market for workers,” he said. “It is our job to get it into a better place where supply and demand are closer together.”

“The Fed’s got a lot of work to do here,” said Mark Zandi, chief economist at Moody’s Analytics, in a video talk hosted by The Volcker Alliance Thursday. “I am assuming they are going to be flexible and adjust when they need to and they are going to be able to tighten enough to slow growth” without undermining “the economic recovery.”