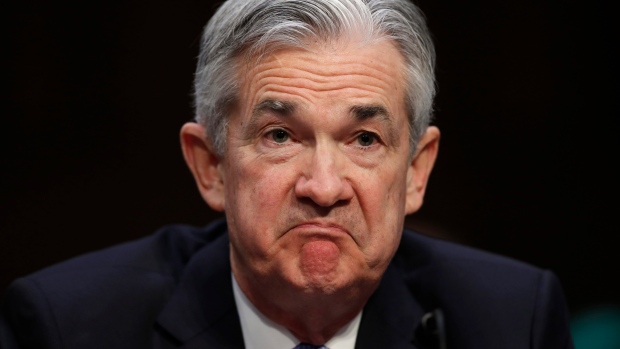 Federal Reserve Chairman Jerome Powell and his colleagues may be willing to accept inflation rising as high as 2.5 per cent as they seek to extend the almost nine-year economic expansion.

So say a number of veteran Fed watchers who argue that the central bank’s Federal Open Market Committee would tolerate a moderate rise in inflation above its 2 per cent goal after years of falling below that objective. Powell delivers his first testimony to Congress as Fed chief on Feb. 27 and March 1.

“I’ve had some hawks on the committee surprise me and say they wouldn’t be worried about a modest overshoot” as long as it’s below 2.5 per cent, former Fed governor Laurence Meyer said, without identifying who those anti-inflation stalwarts were. Inflation currently is 1.7 per cent.

“Two and a quarter percent inflation isn’t going to scare anybody” at the Fed, said Roberto Perli, a partner at Cornerstone Macro LLC in Washington, who sees three rate hikes this year. “Two and a half per cent is kind of the boundary,” the former Fed economist added.

Powell appears before the House Financial Services Committee at 10 a.m. on Feb. 27, with his prepared remarks scheduled for release at 8:30 a.m., and the Senate banking panel on March 1. At his formal swearing-in ceremony on Feb. 13, the central bank’s new chief said policy makers had made “great progress” toward achieving their twin goals of full employment and stable prices.

Some Fed officials have already voiced a willingness to see inflation rise above their objective.

“Let me be clear: A small and transitory overshoot of 2 per cent inflation would not be a problem,” William Dudley, president of the Federal Reserve Bank of New York, said in a Jan. 11 speech. “Were it to occur, it would demonstrate that our inflation target is symmetric, and it would help keep inflation expectations well-anchored around our longer-run objective.”

Speaking at Bloomberg Business event on Feb. 21, Minneapolis Fed President Neel Kashkari suggested that the central bank should tolerate above-target price rises for a while.

“That’s how I interpret a symmetric inflation target,” he added. “But different people may interpret it differently.”

While it’s likely that others will see it differently -- Kashkari is, after all, one of the Fed’s most dovish members -- the central bank has signaled a willingness in the past to allow inflation to rise to 2.5 per cent.

In December 2012, the FOMC pledged to keep interest rates pinned near zero as long as “inflation between one and two years ahead is projected to be no more than a half percentage point above the Committee’s 2 per cent longer-run goal.”

Of course, the Fed’s tolerance for above-target inflation will depend on what else is going in the economy and financial markets.

If inflation rose quickly to 2.5 per cent within a year, policy makers would be less willing to accept it than if it occurred gradually, said Steven Englander, head of research and strategy at Rafiki Capital.

A lot will also depend on what happens to inflation expectations, according to Mark Zandi, chief economist at Moody’s Analytics Inc.

“They would be comfortable overshooting the 2 per cent target just as long as inflation expectations remain anchored,” he said. “If they look like they’re becoming unanchored, that will be the Rubicon they just won’t cross.”

Investors currently expect average annual increases in the consumer-price index of 2.1 per cent over the next 10 years, based on trading in the bond market. That’s up from last year’s low of 1.67 per cent set in June.

Yet despite appearances, bond traders are still expecting inflation below the Fed’s goal. That’s because the Fed targets the personal consumption expenditures price index, not the consumer-price gauge used to adjust Treasury Inflation-Protected Securities. Since 1990, CPI inflation has averaged a half percentage point more than the PCE.

“The Fed will tolerate an inflation overshoot unless the bond market reacts very negatively to it,” said Joachim Fels, a global economic adviser at Pacific Investment Management Co.

He said that shouldn’t happen as long as the Fed is able to reassure investors that it is sticking with its gradual rate path as price pressures build.

The chatter about inflation potentially breaching the Fed’s goal is taking place against the backdrop of a brewing debate among policy makers about the continued usefulness of their 2 percent objective.

Those ongoing discussions could make officials more inclined to accept an overshoot in the short-term as they thrash out what to do in the longer run, said Cornerstone’s Perli.

--With assistance from Michael McKee