Federal Reserve Chair Jerome Powell said the price increases seen in the economy recently are bigger than expected but reiterated that they will likely wane.

“A pretty substantial part, or perhaps all of the overshoot in inflation comes from categories that are directly affected by the re-opening of the economy such as used cars and trucks,” Powell said Tuesday in response to a question before the House Select Subcommittee on the Coronavirus Crisis. “Those are things that we would look to to stop going up and ultimately to start to decline.”

But the Fed chair acknowledged the uncertainty around that view.

Stocks climbed after Powell’s remarks. The yield on 10-year Treasuries declined and the dollar fell.

Fed officials responded last week to increasing inflation risks by pulling forward their expected timing and pace of interest-rate increases, from the current near-zero level, while also kicking off a discussion of when to taper asset purchases from their current US$120 billion monthly pace at their policy meeting. 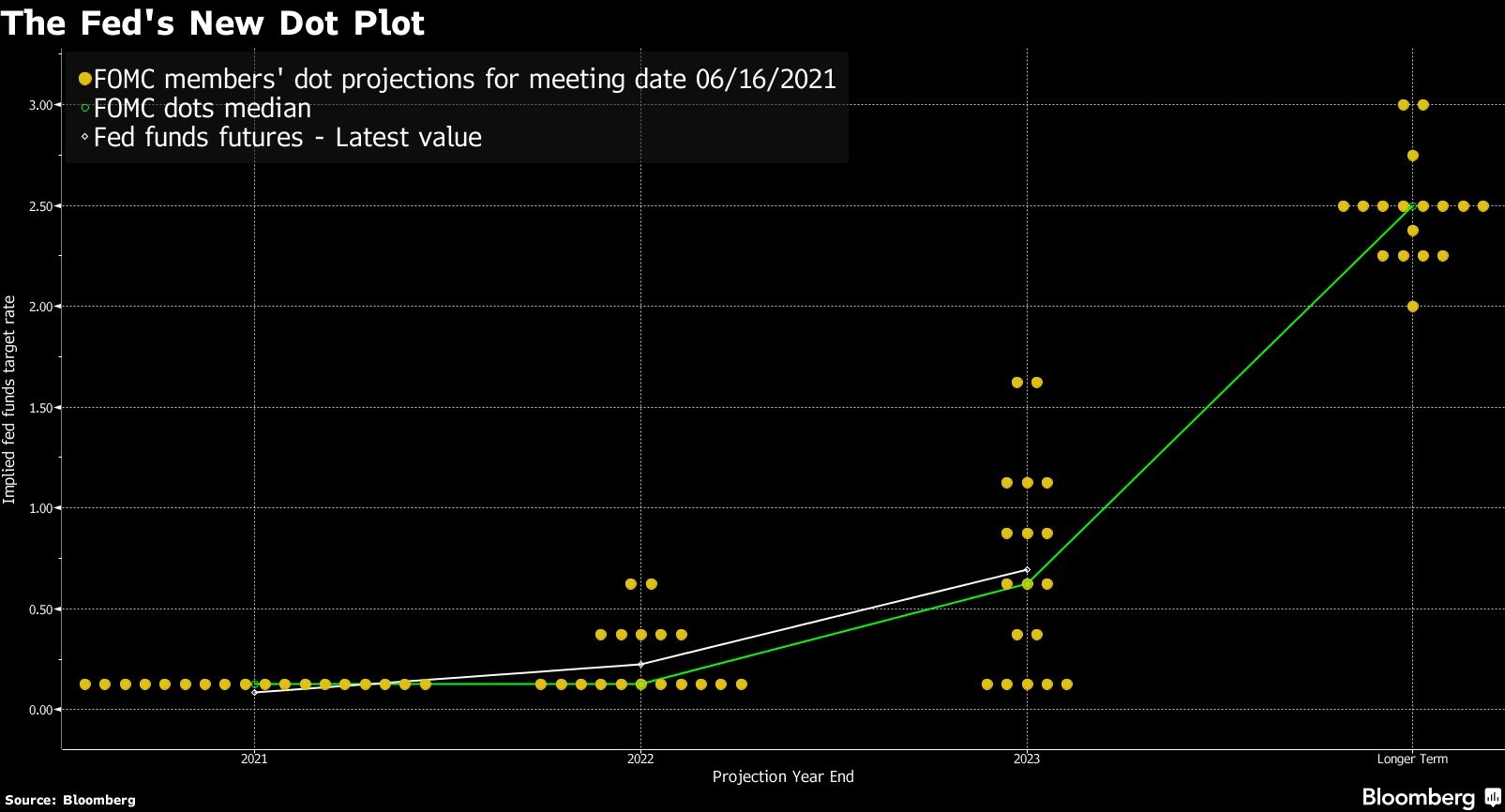 The quarterly projections showed 13 of 18 officials favored at least one rate increase by the end of 2023, versus seven in March. Eleven officials saw at least two hikes by the end of that year. In addition, seven of them saw a move as early as 2022, up from four. The projections also showed that officials’ sense of risk and uncertainty around their inflation forecasts moved higher.

Powell said the Fed would be patient in waiting to lift borrowing costs.

“We will not raise interest rates preemptively because we think employment is too high, because we feared the possible onset of inflation,” he said. “We will wait for actual evidence of actual inflation or other imbalances.”

Powell’s term as chair is up in February and the White House has been quiet about his renomination prospects.

Fed chairs are picked by the president and confirmed by the Senate, but Waters’ comments provide a marker for sentiment about Powell among progressives. Powell has deflected all questions about whether he’d serve another four years if asked by President Joe Biden, but has also left a clear impression that he’s keen to stay in the job.

Lawmakers pressed Powell on whether enhanced unemployment benefits provided by the federal government during the pandemic is holding back hiring. Asked whether he anticipated higher numbers in the April and May jobs reports, Powell said: “Yes, I did.”

He pointed to three factors likely dragging on the labor market: workers who remain fearful of contracting the coronavirus or giving it to someone vulnerable in their household; the fact that many schools are still closed and the unemployment benefits.

“There seems to be some kind of a speed limit” to hiring, Powell said.

“The very quick job gains of the early recovery, essentially involve going back to your old job,” have largely happened. Now workers are trying to find new jobs and that process takes more time, he said.

“It may just be that it’s hard to match up with a new job,” Powell added. “I think we’ll see strong job creation in the fall.”

U.S. central bankers say they will continue buying at a US$120 billion monthly pace until the economy has made “substantial further progress” toward its employment and inflation goals.

“We have made progress, for sure, since December of last year,” New York Fed President John Williams said in an interview with Bloomberg Television Tuesday. “I still don’t think it’s close to the ‘substantial further progress’ that we set out.”

“I think we are going to get more clarity as we get through the summer and get to September,” Mester said. Opening schools “will help alleviate some of the supply constraints in the labor market,” as well as the expiration of expanded unemployment-insurance benefits in the same month, she added.