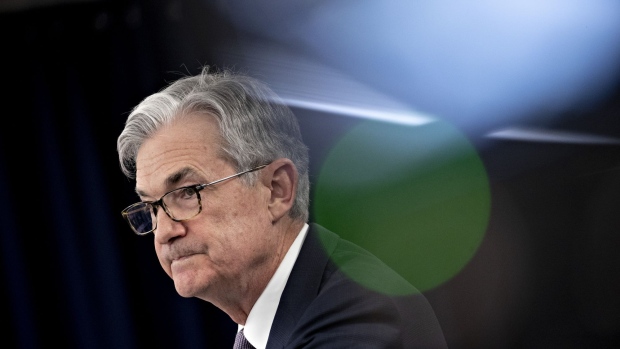 “The Evergrande situation seems very particular to China, which has very high debt for an emerging economy,” he told reporters Wednesday during a press conference following a meeting of the policy-setting Federal Open Market Committee.

“Corporate defaults in the U.S. are very low right now,” Powell said. “You would worry that it would affect global financial conditions through confidence channels.”

The Fed pursues stable prices and maximum employment in the U.S., but the central bank also takes the outlook for global growth into account as it sets policy because it can affect the domestic economy -- including by altering demand for U.S. exports or the value of the dollar.

Billionaire Hui Ka Yan’s developer is widely seen as headed toward one of China’s largest-ever debt restructurings, though the company and Communist Party leaders have so far given few indications of how they plan to resolve its liquidity crisis.

Evergrande missed loan interest payments due Monday to at least two of its largest bank creditors, according to people familiar with the matter. Earlier on Wednesday, the company issued a vaguely worded statement on a bond interest payment that left analysts grasping for details. The developer, Asia’s largest issuer of junk bonds, also has an interest payment due Thursday on a March 2022 dollar bond.