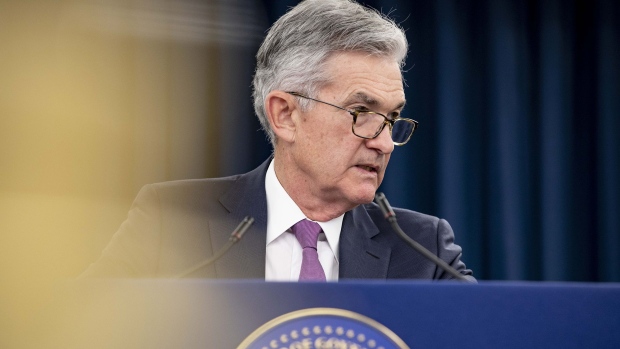 Federal Reserve Chairman Jerome Powell reiterated that the economy is well positioned despite some risks and that it’s the central bank’s task to keep it that way.

While “the economy faces some risks, overall, it is -- as I like to say -- in a good place,’’ he said in the text of remarks to be delivered to a “Fed Listens’’ event in Kansas City on Wednesday. “Our job is to keep it there as long as possible.’’

Powell didn’t go into details on the outlook for the economy or interest rates in his remarks, which largely echoed comments he made on Friday and were mostly devoted to the Fed’s ongoing longer-term strategic review of its policies and practices.

As part of that examination, the central bank is holding a series of “Fed Listens’’ events around the country to gather opinions from academics, community organizers, companies and others about what it should do.

“Because Congress has granted the Federal Reserve significant protections from short-term political pressures, we have an obligation to clearly explain what we are doing and why,’’ he said.

In a break from recent past White House practice, President Donald Trump has repeatedly and publicly attacked Powell and the Fed, accusing them of keeping interest rates too high.

That’s a criticism the president made again in a tweet on Wednesday.