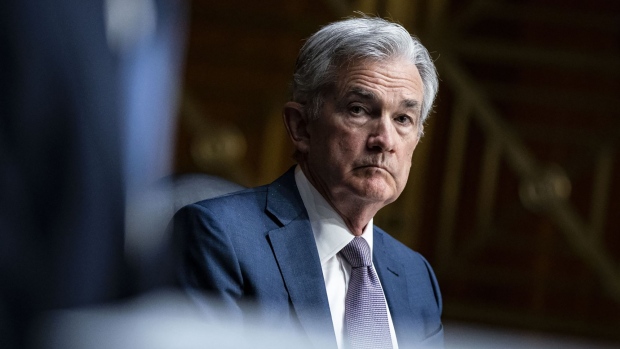 (Bloomberg) -- Federal Reserve Chair Jerome Powell’s review of internal rules around investments by policy makers is a move in the right direction but won’t stem pressure for more accountability at the U.S. central bank.

“It’s about time,” Roberto Perli, a partner at Cornerstone Macro LLC, said of a Fed statement on Thursday that Powell had ordered a “fresh and comprehensive” study of the ethics rules around permissible financial holdings and activities by senior Fed officials.

“The impression that it gives about the institution is just poor. So yes, it should be changed,” Perli said.

Powell’s move followed revelations last week over investments and trading by two of the central bank’s regional bank presidents. Their actions were widely slammed for the potential conflict of interest at a time when the Fed is already under fire for emergency pandemic policies that critics say have elevated stock prices and benefited richer Americans.

Boston Fed President Eric Rosengren and Dallas’s Robert Kaplan announced Sept. 9 that they would both sell their individual stock holdings by Sept. 30.

Both said their transactions, which were detailed in annual financial disclosures submitted by all 12 regional Fed chiefs, complied with Fed ethics rules and they were acting to avoid even the appearance of any conflict of interest.

Critics say the situation should never have arisen in the first place.

“I fear that the Kaplan and Rosengren trades have undermined the Fed’s policy legitimacy, something vital to its ability to succeed at its legislative mandates,” said Peter Conti-Brown, a University of Pennsylvania Wharton School professor of legal studies. “An ethics review is a good start. It cannot be the end.”

The considerable wealth of some U.S. policy makers highlighted in their financial disclosures was also seen as an issue by Benjamin Dulchin, director of the Fed Up campaign at the Center for Popular Democracy.

“The bigger problem is how asset-wealthy the majority of the Fed’s leaders are, and how that creates a natural assumption for them that what’s good for Wall Street is good for the country,” he said. “The Fed can’t prohibit wealthy people from serving in Fed leadership, but the Fed absolutely can implement policies to make their leadership more diverse.”

Greater diversity among top central bankers is a key demand from progressives of President Joe Biden as he weighs whether to give Powell -- wealthy and white -- another four years when his current term as Fed chair expires in February. The president has other options to make diverse appointments at the Fed, with one vacant slot on the seven-seat Board and two others potentially opening up.

Critics also focused on the complex nature of the central bank’s structure.

The U.S. president nominates the seven governors to the Fed Board in Washington, subject to Senate confirmation. But the regional institutions are hybrid private-public entities with directors who pick each branch chief, though the board in Washington must sign off. Critics say this means the regional Feds can operate with less disclosure and scrutiny.

Elizabeth Warren, Democratic senator from Massachusetts, said in a Thursday statement that she had written to all 12 regional Fed bosses to urge them to adopt a self-imposed ban on the ownership and trading in individual stocks by senior Fed officials and that they act “within 60 days.”

The role of the regional Fed directors was also under scrutiny.

“Every well-run organization has a board of directors that ensures the CEO’s accountability,” said Andrew Levin, a Dartmouth College economist and former Fed board senior staff member. “Unfortunately, directors on regional Fed boards tend to have very cozy relations and almost never impose any real oversight.”

Periodic efforts to revamp the Fed system have a long history in Washington but rarely get far. Congress deliberately created the Fed over 100 years ago as a decentralized system with the influence of New York and Washington counter-balanced by regional institutions spread across the country.

Distrust of U.S. coastal elites remains alive and well in 2021, but fury over economic inequality exposed during the pandemic adds an unpredictable quality to the current outcry.

“Alleged conspiracies based on assertions that top Fed officials profited at the expense of what’s left of the middle class are very, very easy to understand when most Americans are very, very angry about economic inequality,” Karen Petrou, Managing Partner, Federal Financial Analytics, Inc., wrote in a note to clients. “Reform of the Reserve Banks may thus prove inevitable if only because the Board needs twelve sacrificial lambs to save itself.”