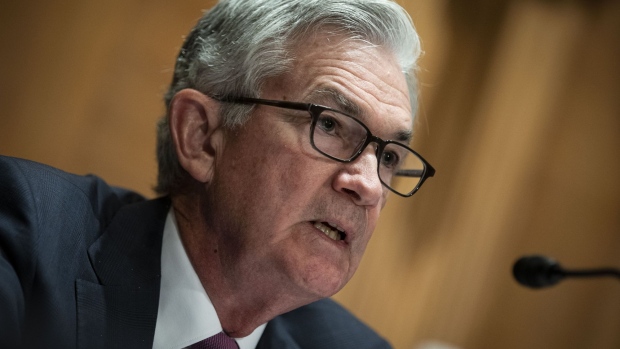 (Bloomberg) -- Federal Reserve Chair Jerome Powell said the U.S. central bank is committed to doing its part to eliminate inequality and racial disparities in the labor market, but other levers like fiscal and educational policies are better-suited to the task.

“We have famously broad and blunt tools,” Powell said of the Fed in a press conference Wednesday. “I think we’ve identified the part that we can do -- and we’ll do that part -- but I’ve always been clear that it’s going to take policies broadly, across society, to work on these problems.”

Fed officials have emphasized they will take a “broad-based and inclusive” approach -- as defined in a new strategy announced last year by the central bank -- to evaluating when the U.S. has reached its maximum employment goal. Prior to the pandemic, the unemployment rate for Black Americans fell to a record low, though it still remained well above that for White Americans.

“Ideally, there wouldn’t be any gap, of course. We would all love to see no such gap,” Powell said. “This is a persistent gap, and it’s very hard to explain based on typical metrics. It just -- it’s quite troubling.”

A Bloomberg analysis of the job market in 15 major U.S. metro areas shows a slow recovery and still-painful economic reality for minority groups.

A recent Bloomberg survey found forecasters expect the Fed to begin raising interest rates with the Black unemployment rate still well above the national rate. Powell was asked Wednesday whether or not he thought those kinds of numbers would meet the central bank’s definition of broad-based and inclusive maximum employment.

“The point of the ‘broad and inclusive’ goal was not to target a particular unemployment rate for any particular group. Really, we look at a broad range of -- a very broad range of -- metrics when we think about what maximum employment is,” Powell said. “And one of the things we look at is unemployment rates and participation rates and wages for different demographic and age groups, and that kind of thing. So, we will do all of that.”