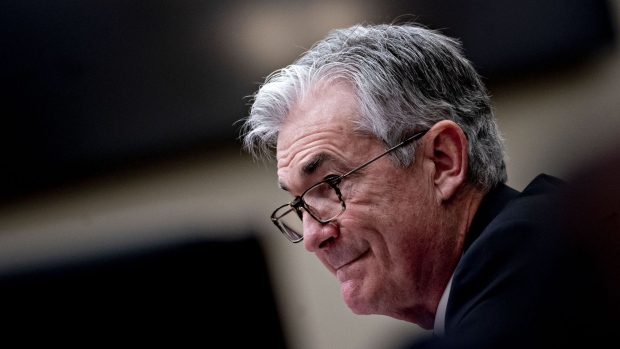 The Federal Reserve will be forced to use large-scale asset purchases “aggressively” in a downturn, Chairman Jerome Powell told U.S. lawmakers, as central bankers confront the dilemma of persistently low interest rates.

“We will have less room to cut,” Powell told the Senate Banking Committee on Wednesday. “Low rates are not really a choice anymore, they are a fact of reality.”

The comments show the Fed chief is prepared to lowering rates to zero in the next recession and deploying crisis-era policy tools that proved controversial with Congress.

Despite a record U.S. expansion, the Fed’s benchmark rate is in a range of 1.5 per cent to 1.75 per cent following three cuts in 2019. But that easing has been accompanied by a tumbling longer-term rates, pushing yields on 10-year Treasuries to 1.62 per cent, raising questions about whether asset purchases would also push longer-term government yields to zero.

Powell was answering questions from senators on the second day of semi-annual congressional testimony, which also saw him quizzed on the coronavirus and housing, among other topics.

The Fed is conducting its first ever strategic policy review and multi-city listening tour to consider how officials could do a better job of hitting their 2 per cent inflation target, which it has undershot since being adopted in 2012. The review received scant attention at the hearings even though lawmakers oversee how the Fed achieves its congressional mandate for stable prices and maximum employment.

Powell said that in this low-rate environment, the Fed will ensure “that we are using our tools as best we can, that we’ve explored every possible way to find every scrap of policy space, if you will, to be able to support the economy.”

The Fed has ruled out raising the inflation target and has placed negative interest rates near the bottom of its list of alternatives. Powell cited forward guidance, where the Fed pledges to hold the interest steady for a time or until certain economic conditions are realized, and a return to the heavy asset purchases used during the crisis as go-to options.

He added that it’s important for fiscal policy to be in a position to support the economy in a downturn as well.

“Housing is generally facing difficulties in affordability, Powell said. “You have a squeeze going on, to do with difficulty in getting lots. There are just supply side constraints which are keeping the quantity of housing down.”

On the coronavirus, Powell said: Whatever impact it has on the U.S. economy will show up in the economic data soon, but it’s too uncertain to say whether it will lead to a “material” change in the U.S. outlook. He said the impact should be “substantial” in China and “important but maybe less substantial” among China’s close trading partners.