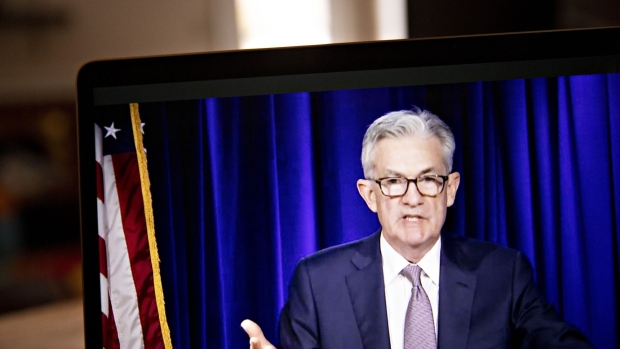 Federal Reserve Chair Jerome Powell is cautioning lawmakers that the U.S. economy remains in a damaged and uncertain state despite progress made in the development of COVID-19 vaccines.

“Recent news on the vaccine front is very positive for the medium term,” Powell said in testimony released Monday ahead of a Tuesday hearing before the Senate Banking Committee. “For now, significant challenges and uncertainties remain, including timing, production and distribution, and efficacy across different groups.”

Powell also pointed with concern to the resurgence of the virus across the U.S. and around the world.

“The rise in new COVID-19 cases, both here and abroad, is concerning and could prove challenging for the next few months,” he said.

Powell gave no indication how the central bank may respond to those worries when it conducts its next policy meeting scheduled for Dec. 15-16, though reiterated that it would use all of its tools to help the economy recover.

The hearing will be the first appearance of the Fed chair and Treasury Secretary Steven Mnuchin together after they disagreed earlier this month over the expiration of several emergency loan programs set up after the pandemic hit in March.

Fed officials including Powell had pushed for the extension of all the central bank’s lending facilities, saying they served as critical backstops and restored market confidence. Most of the funds are scheduled to expire on Dec. 31.

But some of of the programs have been sparsely used. These include the Main Street facility, which supports bank lending to mid-sized companies, as well as facilities to aid the corporate bond market and the debt of cash-strapped municipalities.

Read More: Fed Effort to Save Midsize Firms Isn’t Working and Here’s Why

Mnuchin announced earlier this month that those Fed programs must sunset at the end of December, and asked the central bank to return unused funding authorized for the programs by Congress.

The Treasury also said it plans to move that unspent money into its general account, over which Congress has authority. Mnuchin said the programs are no longer needed, and the money should be returned to Congress and put to better use elsewhere.

The Fed responded -- in a rare public fracture between the two institutions -- that it “would prefer that the full suite of emergency facilities” remain as a backstop “for our still-strained and vulnerable economy.”

In his testimony, Powell repeated that the Fed would, as requested by Mnuchin, return the unused portion of funds allocated to the lending programs by the end of the year. He also emphasized that non-Cares Act funds remain at the Treasury’s disposal -- should it seek to support any additional lending facilities.

On the economy, Powell acknowledged that growth and the labor market had significantly rebounded since the second quarter of this year, but that many Americans continued to suffer.

“Although we welcome this progress, we will not lose sight of the millions of Americans who remain out of work,” he said.

Mnuchin, in his own prepared testimony, said the Trump administration hoped to support the economy using funds that Congress had initially earmarked for backstopping lending facilities and other measures under the Cares Act passed in March.

“I strongly encourage Congress to use the US$455 billion in unused funds from the Cares Act to pass an additional bill with bipartisan support,” he said. “The administration is standing ready to support Congress in this effort to help American workers and small businesses that continue to struggle with the impact of COVID-19.”