Jerome Powell must perform a high-stakes balancing act this week when he’s expected to urge U.S. lawmakers to back more spending for an economy reeling from the impact of the coronavirus pandemic.

The Federal Reserve chairman is scheduled to appear via video conference along with Treasury Secretary Steven Mnuchin before the Senate Banking Committee at 10:00 a.m. ET on Tuesday. They’re testifying on the US$2.2-trillion virus rescue package passed by the Congress in March.

The trick for Powell will be to make his case delicately, not overstepping his role as an unelected central banker and not appearing to take sides in the partisan battle over how much more Washington should do. Overplaying his hand could hurt the credibility of the Fed. Failing to argue persuasively may contribute to insufficient additional support and even deeper economic harm. 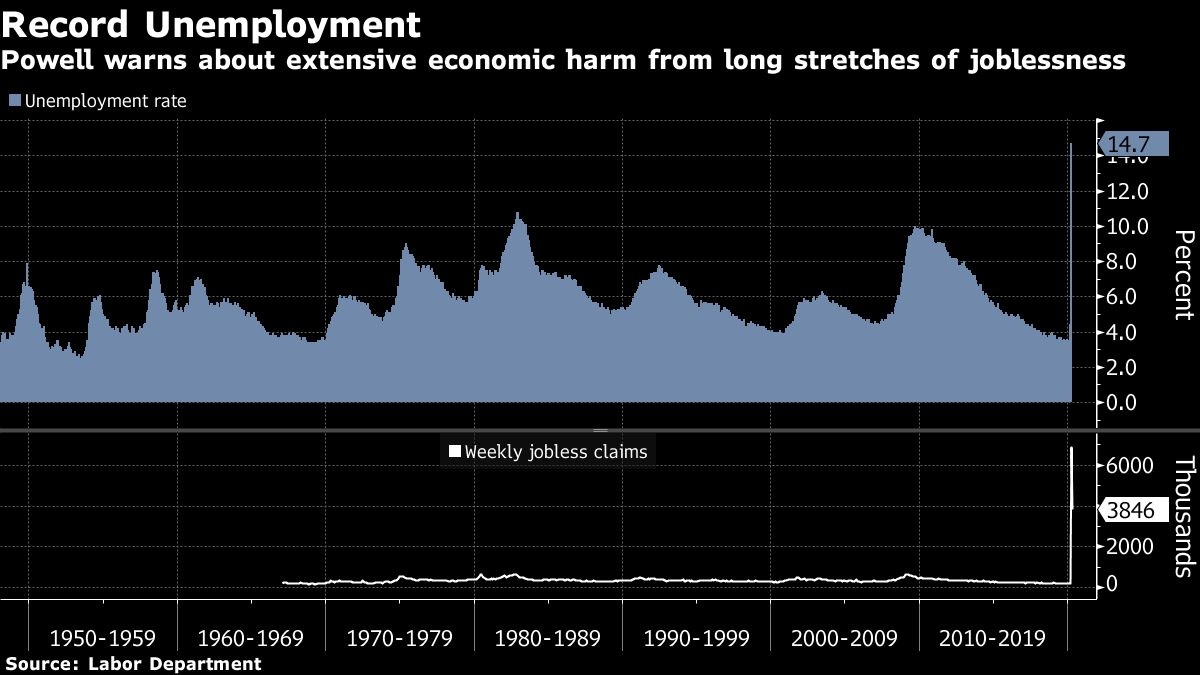 “Everything is risky for him right now, but not doing it is risky,” said Julia Coronado, president of MacroPolicy Perspectives. “He’s got to instill a sense of urgency in the Senate.”

Republicans have defended their reluctance to swiftly provide more aid say Powell has not specified the need is imminent. Senate majority leader Mitch McConnell told Fox News on Thursday the Fed chief didn’t say how quickly more money was required, giving lawmakers time to judge the impact of what has already been done.

Meanwhile Mnuchin’s key role will be as a cheerleader for the recovery. His views may contrast with Powell, whose role is to provide a more frank assessment of the economy, even if the message is gloomy.

The Treasury boss’s job will be to defend his boss’ economy a mere five months before President Donald Trump vies for re-election. So far, while Mnuchin has conceded that there will be some “very, very bad quarters,” he has said that by “next year, we’ll be back to having a great economy just like we had before.”

Mnuchin will also face the heat for some failings of his rapidly executed stimulus programs. Some economic impact payments were sent to the deceased. And US$669 billion in aid to small businesses was plagued with glitches, with money going to public companies and private schools serving wealthy families, while mom-and-pop firms faced website crashes and muddled rules for obtaining the funds.

Coronado, like other Fed watchers, predicted Powell will mainly rely on the economic data. Despite record federal support already approved by Congress, and a host of emergency Fed lending programs now or soon to be operating, the economy is looking more crippled with each week.

More than 36 million Americans have lost their jobs since February. Countless companies, especially small businesses, are hurtling toward bankruptcy, while states and cities are confronting gaping budget shortfalls that could provoke a massive second wave of layoffs from the public sector. 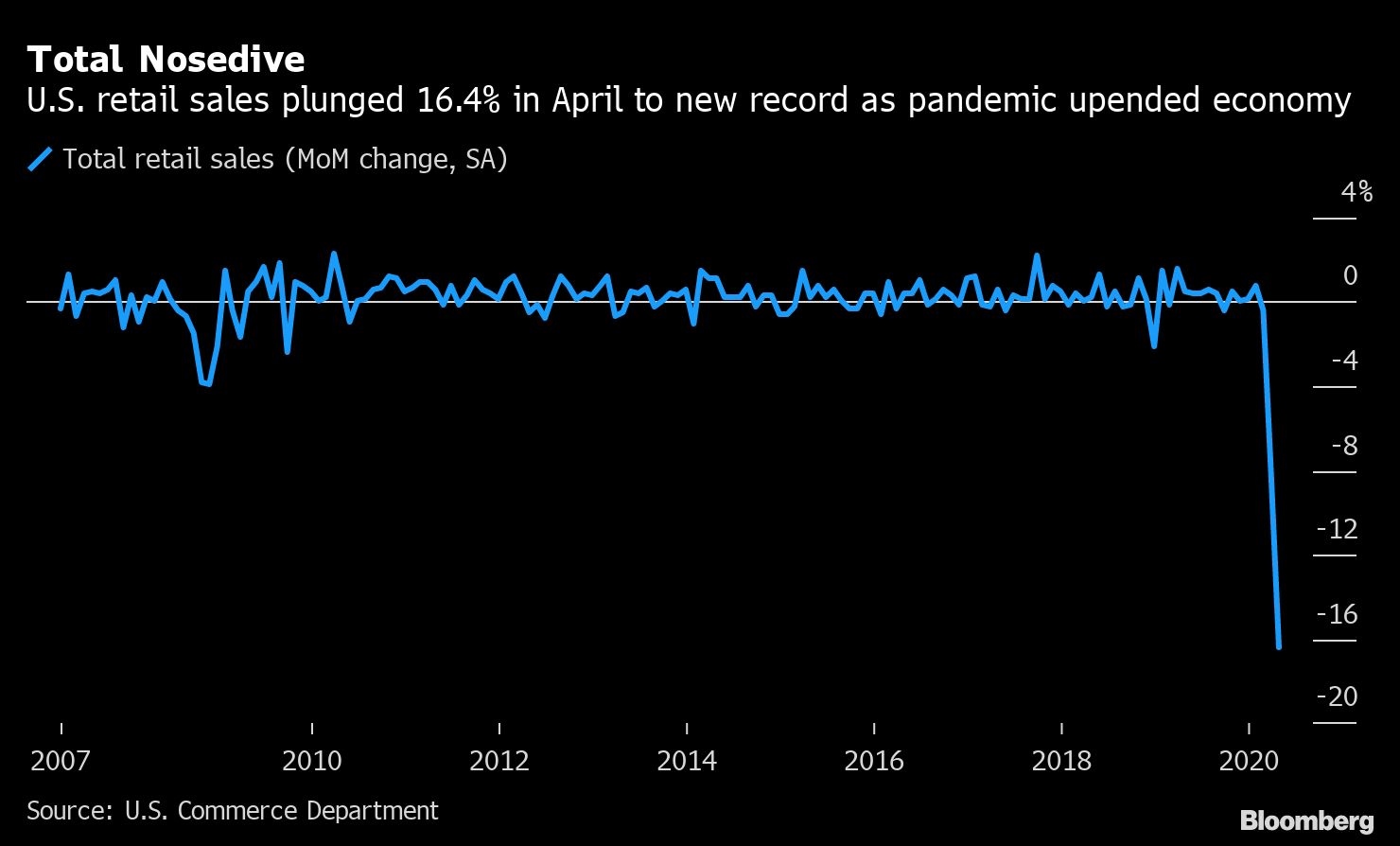 The news keeps getting grimmer. Government data on Friday showed U.S. retail sales plunging in April, shattering the prior record set just a month earlier, as the virus shuttered businesses and kept Americans at home.

Powell has already been clear about the limits of Fed lending and remarkably outspoken on the likely need for more fiscal action. In a May 13 webinar hosted by the Peterson Institute for International Economics, he made an argument he’s likely to repeat this week.

“The recovery may take some time to gather momentum, and the passage of time can turn liquidity problems into solvency problems,” he said. “Additional fiscal support could be costly, but worth it if it helps avoid long-term economic damage and leaves us with a stronger recovery.”

He was also asked during a press conference April 29, if concerns about mounting government debt should make Congress pause over its next move. His answer was unequivocal.

“This is not the time to act on those concerns,” he said. “This is the time to use the great fiscal power of the U.S.”

Democratic Senators at the hearing are likely to ask Powell to repeat those remarks. House Speaker Nancy Pelosi already pounced on Powell’s words to cast him as supportive of the Democrats’ proposal for a new US$3-trillion relief bill.

Republicans have dismissed that package as a left-wing wish list stuffed with unnecessary extras unrelated to the current crisis and begun raising alarms over the deficit. Trump has also said he’s in “no rush” for a new stimulus.

That could put Powell — who was picked to lead the central bank by Trump — in an awkward position if he comes across as falling too hard on the side of Democrats. But he’s well positioned to take that risk.

Powell has worked hard since becoming Fed chair at building strong relationships on Capitol Hill on both sides of the aisle, an effort that could help him avoid being painted as partisan. The Fed’s fast actions at the outset of the crisis have also lent the central bank some newfound public support that may help.

A Gallup Poll in April, just as the Fed was responding aggressively to the sudden slowdown, showed public confidence in the Fed chair was at its highest since Alan Greenspan was in charge 15 years ago.

“His approval ratings are getting better and better,” said Carl Tannenbaum, chief economist at Northern Trust Corp. “He’s leveraging that new standing to be much more forceful.”

Still, Powell will know when to stop, said William English, an economics professor at Yale University and a former senior official at the Fed.

“He’s already clearly on the record saying the situation is pretty bad and they’ll probably have to do more,” English said. “But he’ll stay away from saying what exactly they have to do.”

In other words, he won’t endorse any dollar amounts, or say where Congress should direct the aid.

He will also, Coronado predicted, make it clear that spending taxpayer money is not his job. That power lies with Congress.

“He’ll tell them, if you want to sit there and do nothing when we’re looking at the greatest disruption to the economy any of us has ever seen, that truly is up to the Senate,” she said.