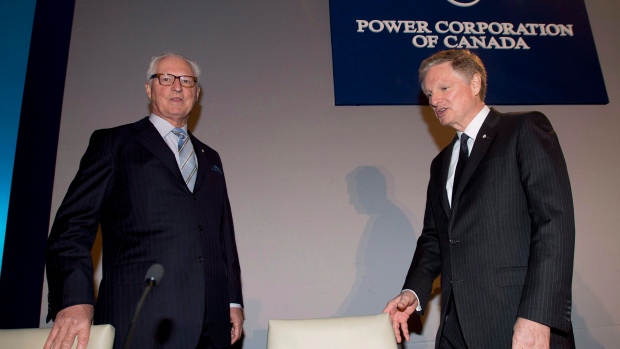 Power Corporation of Canada Chairman and Co-CEO Paul Desmarais Jr., right, and Deputy Chairman, President and Co-CEO Andre Desmarais arrive on stage before speaking to shareholders at the company's annual general meeting in Toronto on Friday, May 15, 2015. , The Canadian Press

Desmarais, deputy chairman, president and co-chief executive, had taken a temporary medical leave from his day-to-day activities at the conglomerate in April last year.