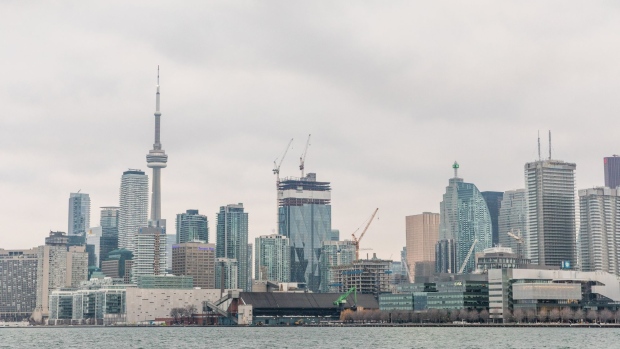 Sagard Holdings, a unit of the billionaire Desmarais family’s Power Corp. of Canada, raised US$650 million for its second private credit fund as it seeks to capitalize on the recent market upheaval.

Sagard Credit Partners II will stay open for new commitments through next year, Chief Investment Officer Adam Vigna said in an interview, adding that he expects it to grow to US$1.1 billion by the second quarter. The fund has a hard limit of US$1.3 billion and targets returns of 12 per cent to 14 per cent a year, he said.

The firm raised money from 10 new and existing limited partners, including anchor investor Healthcare of Ontario Pension Plan, and a significant sponsor commitment from Sagard.

Sagard is seeking to tap soaring demand for private debt investments, where investors lend directly to borrowers at higher yields than are typically available elsewhere. The firm’s limited partners include pension funds as well as insurers, family offices and foundations.

“A lot of investors are looking for yield in this environment, so products such as this should do well from a fund-raising perspective as long as you have a track record, returns and a team that makes sense,” Vigna said.

Sagard Credit Partners closed its inaugural US$557 million fund two years ago. That fund has provided credit to 10 businesses in North America and is more than 85 per cent deployed. The majority of the capital for the second fund has come from existing investors, Vigna said.

The first credit fund generated a gross return of about 16 per cent in the first nine months of this year. It has had no capital impairments and hasn’t had to put in additional liquidity to support the portfolio, Vigna said.

“We spend so much time on the due diligence upfront and post-investment,” he said. “Our credit documents are pretty lender-favorable, whereas if you look at the U.S. markets, most of the deals, especially in the sponsor-backed world, are covenant-light.”

The firm plans to continue its focus on lending to independent, owner-operated or family-owned businesses that aren’t as well-served as companies backed by private-equity sponsors, Vigna said. The idea is to have about 60 per cent of the capital invested in Canada and the remainder in the U.S.

Sagard Holdings, which also runs money in private equity, venture capital and health care royalties, has reached US$5 billion of assets under management, up from about US$1.5 billion in July 2019, according to Vigna, who previously was head of principal credit investments at Canada Pension Plan Investment Board. He left the pension fund in 2016, bringing three associates with him to form Sagard’s credit team.