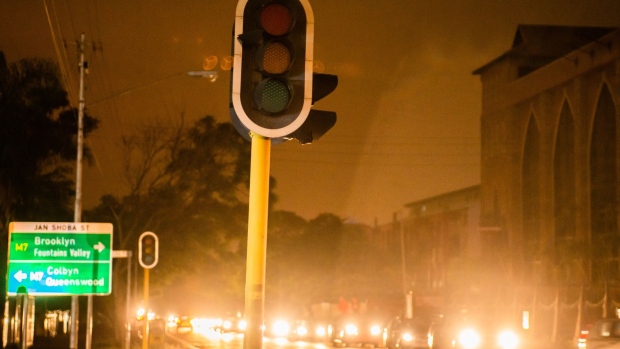 (Bloomberg) -- South Africa is being hit by the worst power outages in more than two years as the state electricity company contends with multiple plant breakdowns after illegal protests followed a deadlock in wage negotiations -- battering an economy already reeling from the coronavirus and its worst flooding in almost three decades.

Eskom Holdings SOC Ltd., which generates the vast majority of the nation’s power, implemented 6,000 megawatts of cuts on Tuesday, to prevent a complete shutdown of the grid.