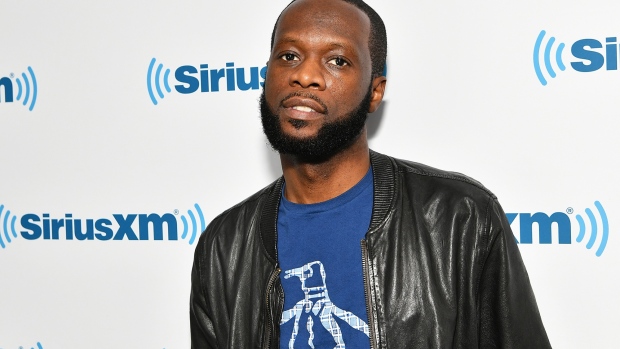 (Bloomberg) -- Rap star Pras Michel declared he is "totally innocent" of the illegal U.S. campaign finance charges leveled against him last week -- and he will have a distinctive way of broadcasting that.

Michel told reporters after a court appearance in Washington on Thursday that he’s at work on a 9-track recording titled "Elon Musk," to be released at the end of June. The tracks will confront issues stemming from his case, he said.

“I’m just working on my Elon Musk EP coming out next month,” said Michel, who rose to fame in the 1990s as a member of The Fugees. “I’m totally focused on that.”

Prosecutors accused Malaysian fugitive Jho Low of funneling $21.6 million to Michel, who in turn gave about $865,000 to some 20 people to donate to committees backing President Barack Obama’s 2012 re-election campaign. The straw donors hid the foreign source behind the contributions, a violation of U.S. campaign finance rules, the government said. (Musk has no involvement in the case.)

Michel pleaded not guilty to conspiracy, making false statements and making false entries. In court, defense lawyer Barry Pollack told U.S. District Judge Colleen Kollar-Kotelly that he will review 60,000 pages of records provided by the government and may seek a dismissal because prosecutors waited too long to bring the case. The statute of limitations is five years, he said.

Pollack asked the judge to excuse Michel from his next court appearance in July.

"These are serious charges," Kollar-Kotelly told Michel, urging him to be an active participant in his defense and to know what’s happening at each step. "I want you to make informed decisions.”

Low, whose whereabouts are unknown, had been an adviser to ex-Malaysian Prime Minister Najib Razak. He has also been charged in the U.S. with conspiring to bribe foreign officials and launder money. In Malaysia, he’s accused of receiving more than $1 billion from the 1MDB Malaysian development fund in 2009 and 2011, and with money laundering.

“Mr. Low is innocent -- and he is presumed innocent under U.S. law,” a spokesperson for the financier said in a statement. “Mr. Low has never made any campaign contributions directly or indirectly in the U.S. and he unequivocally denies any involvement in or knowledge of the alleged activities.”

To contact the reporter on this story: Andrew Harris in Washington at aharris16@bloomberg.net