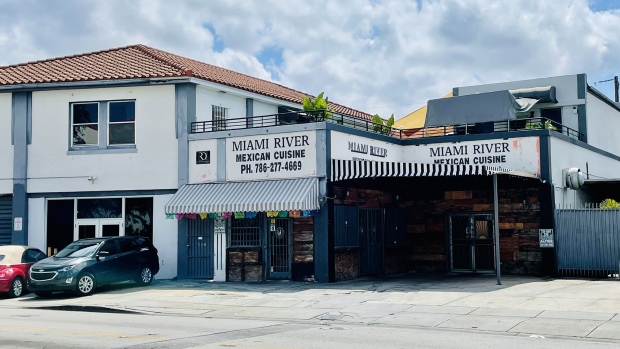 (Bloomberg) -- To fathom just how rampant inflation now is in some corners of the US, duck into the Miami River Cafe, a Mexican place in the city’s East Little Havana district.

It’s not the prices on the menu so much that’ll shock you. They’re actually still very cheap (and the tacos really good). It’s the fact that the prices were scrawled in pen on stickers slapped on the menu. Those stickers are a tell-tale sign that prices are going up at such a rapid-fire clip that the staff is struggling to print new menus fast enough. Rewriting prices on old menus is easier and cheaper, too.

A quick scan of the restaurant’s Facebook posts lays out the increases. The special, offered every Wednesday and Friday, had been $1 per taco for years. That changed in February of last year, when it was raised to $1.25. A month later, it went to $1.50. This January, it shot up to $1.75. And now it’s $2.00.

That’s four increases over 15 months that add up to 100%, well above the broad inflation rate of 8.5% in the country. No one at Miami River Cafe answered calls seeking comment.