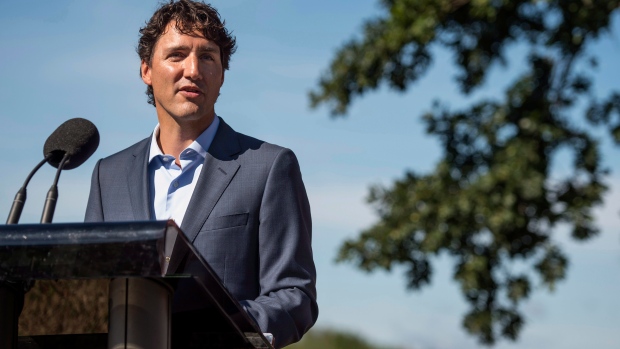 Prime Minister Justin Trudeau makes an announcement during an event in Bridgetown, N.S. on Tuesday, August 16, 2016. , (THE CANADIAN PRESS/Darren Calabrese)

Speaking under sunny skies in Bridgetown, N.S., on Tuesday during a quick swing through the Atlantic provinces, Trudeau said $87 million will be used to upgrade water and wastewater systems including in Bridgetown, Lunenburg and Fall River.

He says the $32 million in public transit funding will help upgrade accessibility on buses and buy more buses.

A news release says the funding is retroactive to April so the projects "can proceed without delay."

Trudeau is expected to head New Glasgow later today for a community barbecue before travelling to Charlottetown for a meeting with P.E.I. Premier Wade MacLauchlan and other events.