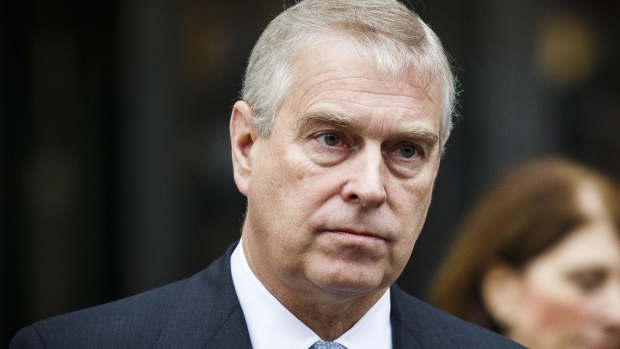 (Bloomberg) -- Prince Andrew and the woman who says she was sexually abused by him as a teenager agreed to keep certain information in her lawsuit against him confidential.

The woman, Virginia Giuffre, alleged in a lawsuit last year that the prince was one of the powerful men to whom disgraced financier Jeffrey Epstein “lent” her out for sexual abuse. A New York judge earlier this week allowed the lawsuit to go ahead, rejecting the prince’s claim that he was shielded from it by a 2009 settlement agreement between Giuffre and Epstein.

Andrew has consistently denied the allegations. The accord with Giuffre comes a day after the Duke of York -- who’s the ninth in line to the British throne -- was stripped of his military affiliations and royal patronages. They were returned to his mother, Queen Elizabeth II.

The evidence may include medical or other health care records, social security numbers, personal phone numbers, banking information, names of alleged minor victims of abuse, and any other information given confidential status by the court.