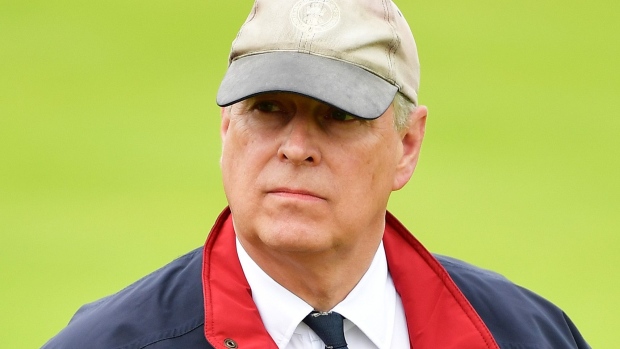 Prince Andrew, The Duke of York on course during the second round of the 147th Open Championship at Carnoustie Golf Club on July 20, 2018 in Carnoustie, Scotland. , (Photo by Stuart Franklin/Getty Images)

LONDON - Britain's Prince Andrew is facing further disgrace as charitable backers begin to distance themselves from him amid unfavourable fallout of an interview on his friendship with sex offender Jeffrey Epstein.

Britain's Press Association is reporting that professional services provider KPMG, a sponsor of his flagship entrepreneur project, Pitchâ†•Palace, won't renew its support. Pharmaceutical giant AstraZeneca, another backer of the project, says it is reviewing its three-year partnership, which is due to expire at the end of the year.

Andrew, the second son of Queen Elizabeth II, tried to end years of speculation about his role in the Epstein scandal by granting a no-holds barred interview to the BBC's Newsnight program on Saturday.

The strategy backfired when the prince failed to show empathy for the young women exploited by Epstein.