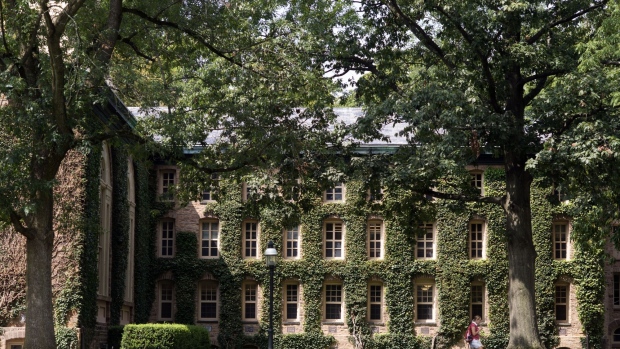 The university’s endowment, the fourth-largest in the US, “will also eliminate all holdings in publicly traded fossil-fuel companies,” Princeton said Thursday in a statement.

“While the economy in which we invest will necessarily be entangled with fossil fuels for decades to come, removing public equity exposure to oil and gas companies is a meaningful step toward the university’s long-term goals,” endowment chief Andy Golden said in a separate statement addressing the fund’s divestment decision.

Earlier this month, the school’s board of trustees voted to “dissociate” from 90 companies that are active in the fossil-fuel industry’s thermal coal or tar sands segments. The university has existing or recent financial relationships with 10 of those firms, including Exxon, which has a five-year research partnership with Princeton’s Andlinger Center for Energy & the Environment.

Before taking any final action, Princeton said it’s writing to the affected companies and inviting them to provide information that might resolve its concerns and remove them from its list.

“For companies that remain on the list, the university will end any partnerships that involve a financial component,” Princeton spokesman Michael Hotchkiss said in an email. The university said it will institute a new fund to support energy research to make up for some of the funding no longer available because of the move.

Princeton, whose endowment totaled $37.7 billion as of June 2021, joins other large US colleges that have committed to divesting from the fossil-fuel industry, including Harvard and Brown universities and the University of California. Harvard said last year that its endowment would focus on supporting the green economy, after years of sustained activism from students calling for fossil-fuel divestment.

(Updates with plans to fund energy research in sixth paragraph.)