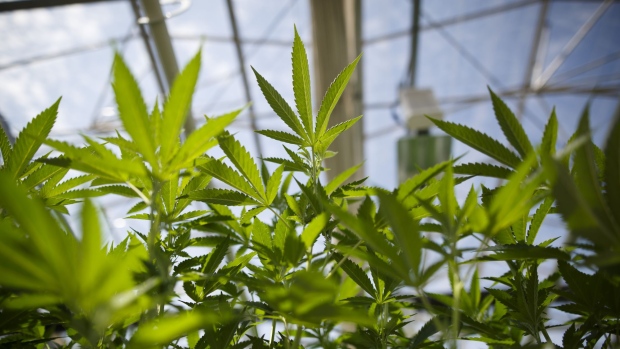 Private credit firm Monroe Capital LLC is betting on cannabis with its latest direct lending deal as banks hamstrung by regulations shy away from the industry.

The Chicago-based lender has provided a US$50 million senior secured credit facility to KushCo Holdings Inc., a provider of products such as vaporizers and bags for the cannabis and hemp industries. It’s Monroe’s first foray into lending to the industry, and the latest by a private credit to fill a void left by banks.

“We wanted to figure out a way to finance the market leaders, and KushCo we think is a best in class company in terms of ancillary supply,” said Ted Koenig, president and CEO of Monroe. “We’ve got a lot of capital and are looking for high quality companies where we can get comfortable with the business.”

The financing comes as cannabis-related companies approach private credit firms in droves to secure debt because traditional banks may be hesitant to lend to the industry due to regulatory concerns and conflicts between state and federal law. In April, MGG Investment Group gave a US$65 million loan to Mile High Labs, so it could buy hemp to make cannabidiol, commonly known as CBD.

Despite the strong demand, the budding industry still maintains a risk profile that has made some investors reluctant. KushCo started a relationship with Monroe around February after another direct lender backed out of a financing deal with the company.

The other firm, which KushCo CEO Nick Kovacevich declined to name, expressed interest in getting into the cannabis field and assured the borrower the industry wouldn’t be a roadblock. After nearly closing the deal, the credit committee ultimately balked at the “eleventh hour,” he said.

KushCo’s infrastructure, systems, compliance and growth pace were all reasons Monroe found the business appealing, Koenig said during a phone interview on Thursday. An important distinction for Monroe is that KushCo doesn’t actually ever touch cannabis -- it deals in the ancillary supplies.

The credit agreement itself also includes provisions tailored to the business line. KushCo sells to licensed growers and dispensaries and it had a self-governing process in place to make sure it had all its customer licenses on file. Now that procedure is written into its credit document and the company required to make sure the licenses are current or it won’t be able to tap its debt.

“We designed a credit agreement to ensure continued compliance with all applicable laws,” Koenig said.

The credit agreement also provides for Monroe to share in the upside of what it sees as a booming industry. The facility, which matures in August 2024 and is priced around 850 basis points over Libor, according to an SEC filing, also includes warrants that allow Monroe to buy up to 500,000 shares of KushCo.

“It’s a fair deal for both sides given the risk profile of this industry,” Kovacevich said.

KushCo is using the financing to pay off an existing loan from Gerber Finance Inc., for growth capital and potential acquisitions down the line. The company is targeting US$145 million to US$150 million in revenue for the fiscal year ended Aug. 31, up from US$52 million for the year before. Analysts say sales could balloon further next year amid more industry growth.

Monroe hopes to grow its relationship along with the Garden Grove, California-based borrower.

Koenig sees continued opportunity for financing to companies in the cannabis industry, which is seeing massive growth. “Currently there’s just not a lot of financing options in this particular industry and we think we’ve devised a thoughtful way to finance this industry,” he said.