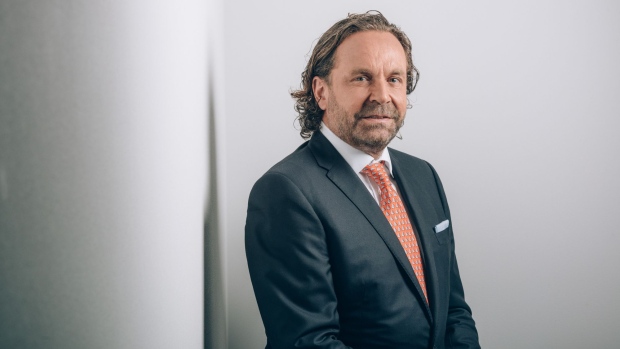 (Bloomberg) -- When coronavirus shuttered international travel this year, Thomas Flohr of VistaJet Group Holding Ltd. chose not to furlough any of his company’s employees.

“We took a bold decision and said: ‘We’re not going to lay off anyone, we’re going to keep all the employees, we’re not going to ground any airplanes,’” Flohr said. “In hindsight, it was the right decision.”

His group operates a fleet of 115 silver-and-red business aircraft and Flohr said his company is back to 85% of its pre-pandemic traffic. Much of the recent demand has come from new customers -- mainly entrepreneurs and executives seeking alternatives to commercial flying.

With no clear recovery in sight for commercial airlines, Flohr said he believes VistaJet will capitalize on growing awareness and demand for the flexibility and greater physical distancing that private jets offer.

Flohr, 60, founded the firm in 2004 with just three planes. He still owns more than 80% of a company whose equity was valued at $2.65 billion in 2017. The Swiss billionaire spent the pandemic’s early months in the Alps, directing operations from a wooden chalet before beginning to travel again in June as lockdowns eased.

In a phone interview from the United Arab Emirates, he discussed the future of aviation, VistaJet’s response to the pandemic and his own lockdown experience. Comments have been edited and condensed.

Who is using VistaJet right now?

We’re seeing entrepreneurs and the C-suite traveling. They need to get to where business is attractive. It’s still a global economy, no matter what people say. You’ve got to get to your offices and you’ve got to get to your people. Transactions are done between human beings and there’s such a pent-up demand, having been locked down for 120 days. People want to get on with it.

Why are they shifting to flying private?

There’s a market study on how many touchpoints a human being has in commercial versus private, and it starts right around 700 touchpoints for flying commercial and its in the low 20s if you fly private. People just want to share a cabin with a few people they know well. It doesn’t matter whether its first class, business class or economy.

Will this shift be permanent?

Once you have experienced the convenience of flying on a business jet, I think budgets will shift. People will say, ‘Hey, maybe I’m not flying six times a year, maybe I’m flying three or four times, and maybe I’ll shift my spending from another expense to make sure I’m flying conveniently on a private jet.’

How are you keeping your passengers safe?

There’s no more handshaking, no other physical contact. We’re wearing face masks and being tested twice a day. The client has a choice whether he wants a more normalized service on board, meaning that the food is served or not served, or whether they would like self-service, where everything is pre-packed and sterile.

Upon arrival the client is prepared for what needs to be done with local immigration. So for instance when I arrived in the UAE last night, I had a swab test done right there at the airport.

What is VistaJet’s business model?

We’re trying to make the entry point of business aviation from a financial aspect very low. In this massively expanded addressable marketplace, you’ve got to make it simple and easy for somebody to say, ‘OK look, you can hop on a Challenger and fly five hours safely from A to B, but you don’t need to buy a fraction of an airplane.’ That’s nonsense. Why would you need to spend $5 million? Just pay for the first 50 hours you need. And that’s the financial basis on which we have built the company.

What is the future for commercial flights?

My biggest concern is just how long it will take to make routes profitable again. Airlines are probably better off keeping planes on the ground rather than flying with 30% load capacity.

Which routes have increased in popularity during the pandemic?

One of the outstanding routes is from North America to Asia, into China, or to India or maybe Southeast Asia. That requires a fuel stop in Anchorage. The amount of fuel stops we’ve had in the last 90 days, or even the last 120 days, are staggering.

How did you spend the lockdown?

I have a main house and I have a little wooden chalet. What I tried to do is be extremely disciplined with my day-to-day routine because I think that got me through the pandemic quite well. I took my briefcase and every morning I walked over --- whether it was snowing or raining or sunshine --- to the little wooden chalet where I’d installed a desk and internet. I got into the routine that this is my office. And then at 7 p.m. I left, went to the main house, and worked out every day for an hour. I feel physically in better shape than before because there’s not much else to do.