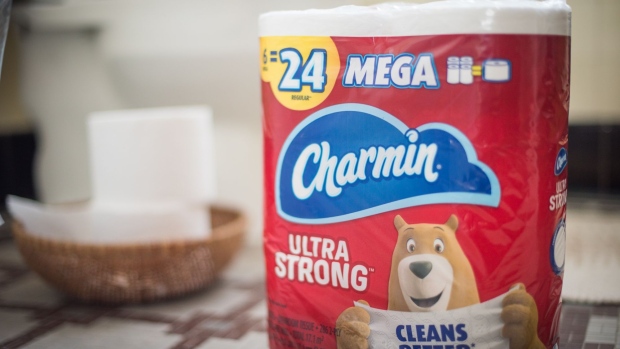 Procter & Gamble Co. raised its outlook after posting its best organic sales growth since 2005 amid a boom in at-home consumption of toilet paper and cleaning supplies.

The maker of Tide detergent and Dawn dish soap said organic sales growth, which strips out some items like currency swings, rose 9 per cent in the quarter ended Sept. 30. Sales grew in each of P&G’s business units, led by the fabric and home care segment, which has spiked as consumers do more dishes, laundry and cleaning at home.

“It a continuation of strong momentum. This isn’t a flash in a pan,” Chief Financial Officer Jon Moeller said in an interview. “I don’t see any reason that we shouldn’t be able to sustain strong results.”

The performance signals consumers are sticking to behaviors they’ve adopted during the pandemic. As long as many remain homebound in its key North American market, a slowdown appears unlikely, and Moeller said he expects strength in fabric and home care to persist. Heightened awareness of wellness and digestive health are also helping to boost P&G’s health unit, which sells Oral-B toothbrushes and Metamucil fiber supplements.

Moeller said nothing “short of a broadly available vaccine or therapeutic” for Covid-19 would be expected to change current consumption levels.

Still, Moeller said on a Tuesday morning call that the company isn’t immune to looming challenges despite raising its outlook. Like all consumer goods companies seeing higher demand, one of the biggest risks lies in supply-chain constraints, and there’s still an ongoing risk to P&G and its suppliers. As a result, there is potential upside to the guidance, but there could also be downside.

“Procter & Gamble’s upped revenue and EPS guidance for fiscal 2021 is testament to a superior strategy, productivity and cash-flow generation for solid shareholder returns, and will be difficult to beat, we believe. Premium home, health and hygiene products, and the North American market are standouts, with grooming also recovered to growth in 1Q at the best rate since 2016.”

The Charmin maker’s optimism comes as it overcomes some weak spots from past quarters -- like the grooming segment, which grew the most since 2016. The company said sales were buoyed by higher demand for shaving and styling products and higher prices. Moeller said new launches under the Gillette brand in beard maintenance and sensitive-skin treatments have allowed the company to keep men engaged, even if they’re not shaving.

Meanwhile, in the beauty segment, sales of SK-II skin creams and facial treatments rose 20 per cent in China, where Moeller said “things are pretty much back to normal.”