The New York University professor who developed one of the best-known formulas for predicting corporate insolvencies has a warning for U.S. credit investors: this year’s spate of “mega” bankruptcies is just getting started.

More than 30 American companies with liabilities exceeding US$1 billion have already filed for Chapter 11 since the start of January, and that number is likely to top 60 by year-end after businesses piled on debt during the pandemic, according to Edward Altman, creator of the Z-score and professor emeritus at NYU’s Stern School of Business. Companies globally have sold a record $2.1 trillion of bonds this year, with nearly half coming from U.S. issuers, data compiled by Bloomberg show. 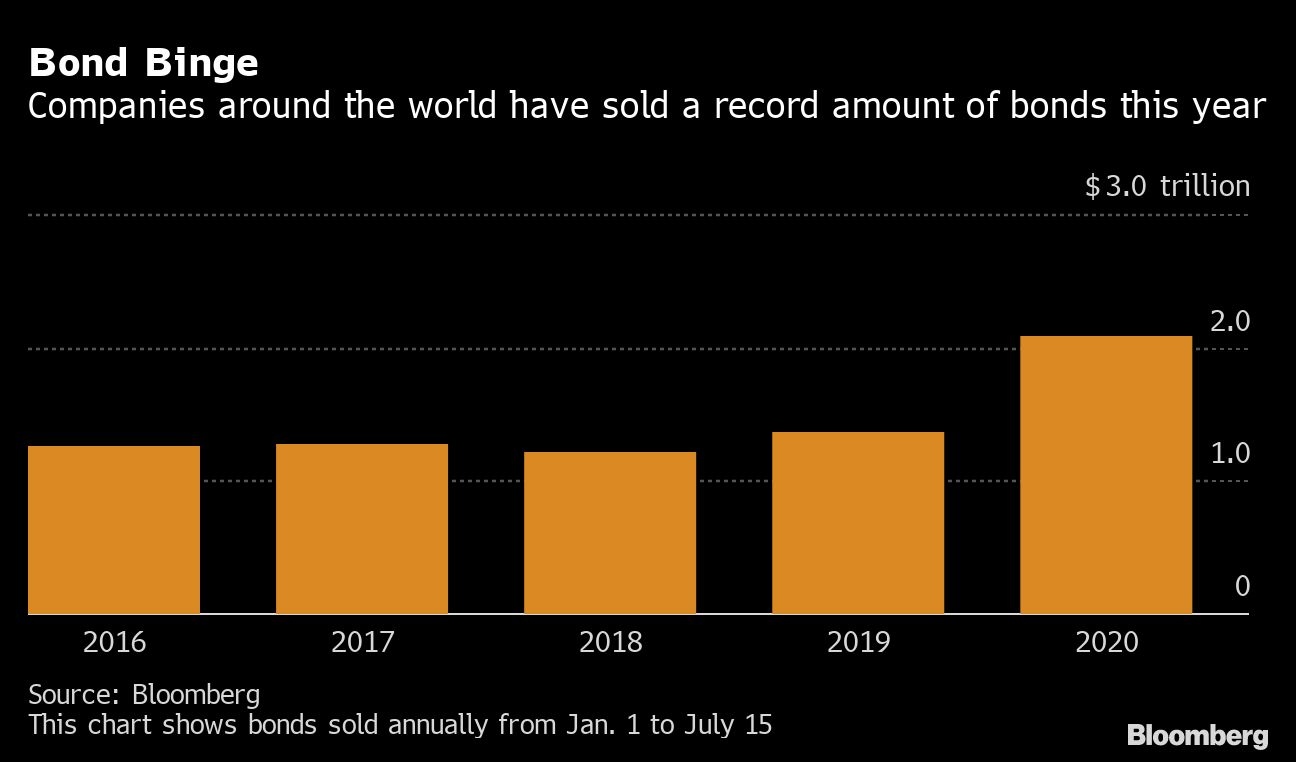 While the stimulus-fueled rally in credit markets since March has helped borrowers stay afloat during the coronavirus crisis, Altman and others have warned that many companies are just delaying an inevitable reckoning. Fitch Ratings estimates worldwide corporate bond defaults this year could exceed levels reached during the global recession in 2009.

“There was a huge buildup in corporate debt by the end of 2019 and I thought the market would gain some much needed de-leveraging with the COVID-19 crisis,” said Altman, who is also director of credit and debt market research at the NYU Salomon Center. “Now, seems like companies again are exploiting what seems to be a crazy rebound.”

As new waves of the coronavirus keep planes from flying and curb consumer spending, pressures on the global economy are increasing. The International Monetary Fund downgraded its outlook for the world economy in June, projecting a deeper recession and slower recovery than it previously anticipated.

Chesapeake Energy Corp., the pioneer of the shale gas revolution, and retailer Brooks Brothers Group Inc. have filed for bankruptcy in the U.S. in recent weeks. Defaults in the Asia-Pacific region include Virgin Australia Holdings Ltd. and Shanghai-headquartered Hilong Holding Ltd., an oil equipment and services firm.

Man Group Plc, the world’s largest publicly listed hedge fund, has warned of the risk to bond buyers. The World Bank has also forecast that more than 90 per cent of economies will experience contractions this year, higher than the rate seen at the height of the Great Depression.

“The speed and magnitude of the increase in corporate debt this year poses various risks to an already fragile global economic outlook,” said Ayhan Kose, director of the World Bank Group’s Prospects Group. Countries where a large proportion of the borrowings are in foreign currencies or for shorter periods are particularly vulnerable, as they face risks of fluctuating exchange rates and also having to roll over the debt more quickly, he said.

Xavier Jean, senior director for corporate ratings at S&P Global Ratings, said some firms are being proactive, as they are uncertain if they can raise funds during the second half. But for those that face tremendous stress in their operations, the increased borrowing heightens risks if things don’t turn around as quickly, he said.

In the U.S., the Federal Reserve has provided unprecedented support, such as buying corporate bonds, including the debt of firms that were cut from investment-grade to junk.

For Altman, some of the debt sold “kicks the can down the road” for firms that don’t deserve support.

Companies are doing the opposite of what they should be doing, which is to de-leverage as the banks did after the global financial crisis of 2008, he said. “When there is an increase in insolvency risk, what you do not need is more debt. You need less debt.”