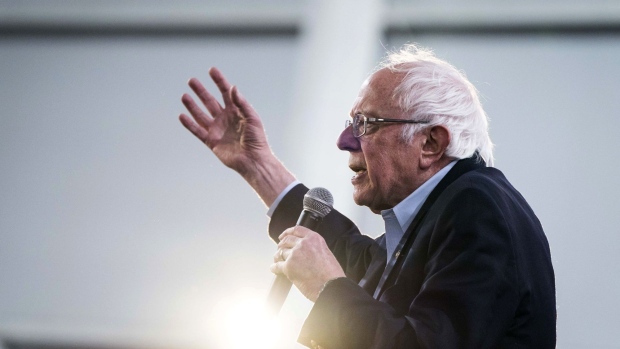 “We are facing a huge crisis with climate and the United States is going to have to help address that crisis,” Senator Bernie Sanders, the Vermont Independent who squared off against Biden for the Democratic presidential nomination and who chairs the Senate Budget Committee, said in an interview.

Senator Joe Manchin, a key moderate Democrat from coal-dependent West Virginia, has said he can’t support the measure if Democrats don’t significantly reduce its size. He’s also thrown cold water on some of the climate provisions, including ones that could hurt the energy industry in his state.

The discord comes as moderates and progressives within the party remain at odds over the size of the package, which encompasses many of Biden’s ambitious climate goals. Democratic party leaders have been seeking to lower expectations among House progressives, warning that the cost of the reconciliation bill may need to be pared to meet moderates’ demands.

Among the most vulnerable climate and energy items are a tax on carbon-intensive imports as well as a repeal of tax breaks enjoyed by the fossil fuel industry that has been targeted for elimination by the president himself. Neither of those items were included in the version of the measure wending its way through the House.

“There is no reason that the fossil fuel industry deserves special privileges over other businesses,” members of the House Progressive Caucus wrote in a letter to House leadership asking them to use the Democrat’s legislative package to repeal several tax breaks cherished by the oil industry.

A slimmed-down version of the package could also reduce the value of hundreds of billions of dollars in tax credits proposed for renewables like wind and solar as well as consumers of electric vehicles. A program designed to entice utilities to use more green power and less fossil fuels through a system of grants and penalties could also be made more lenient too.

That program, which would reward utilities that increase their clean-energy usage with grants and fine those that don’t, is seen as key to achieving Biden’s goal of de-carbonizing the grid by 2035.

Senate Republicans have said they plan to put forward a procedural challenge to the program using the same maneuver, known as the Byrd rule, they successfully employed to knock out immigration reform from the legislative package.

Representative Kathy Castor, a Florida Democrat who chairs the House’s climate committee, said in an interview as she headed into House Speaker Nancy Pelosi’s office that she was worried about Byrd rule challenges and “all the clean-energy stuff.”

Asked about the prospect of energy and climate shrinking, Senator Brian Schatz, a Hawaii Democrat, struck a defiant tone.

“It won’t be,” Schatz said in an interview. “I’m confident that is the position of the president and our party.”