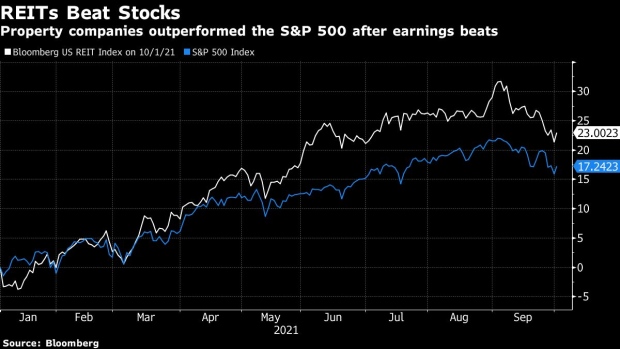 The U.S. deal surge signals the beginning of a new cycle emerging from the pandemic-related economic halt, according to Sheheryar Hafeez, a managing director in the capital markets group at JLL.

“There is renewed confidence in the runway ahead of us in 2022 and beyond,” said Hafeez, whose company released a report on REIT transactions Monday.

REIT mergers and acquisitions had plunged to $17 billion last year. Even before the pandemic, deals were slowing from the recent high of $86 billion in 2018 as investors worried about the decade-plus bull market coming to an end, according to Hafeez. The all-time high was $103 billion in 2006.

REITs have outperformed the broader stock market this year after routinely beating earnings estimates. As of Oct. 1, the Bloomberg REIT Index had a total return of 23%, compared with 17% for the S&P 500.