Pent-up demand for the first U.S. Bitcoin exchange-traded fund has driven assets held in the investment vehicle to more than US$1 billion in just two days.

The ProShares Bitcoin Strategy ETF (ticker BITO) ended Wednesday with US$1.1 billion under management after trading volume topped US$1.2 billion, according to a press release. That’s the quickest that an ETF has reached the US$1 billion mark, Bloomberg Intelligence data show. 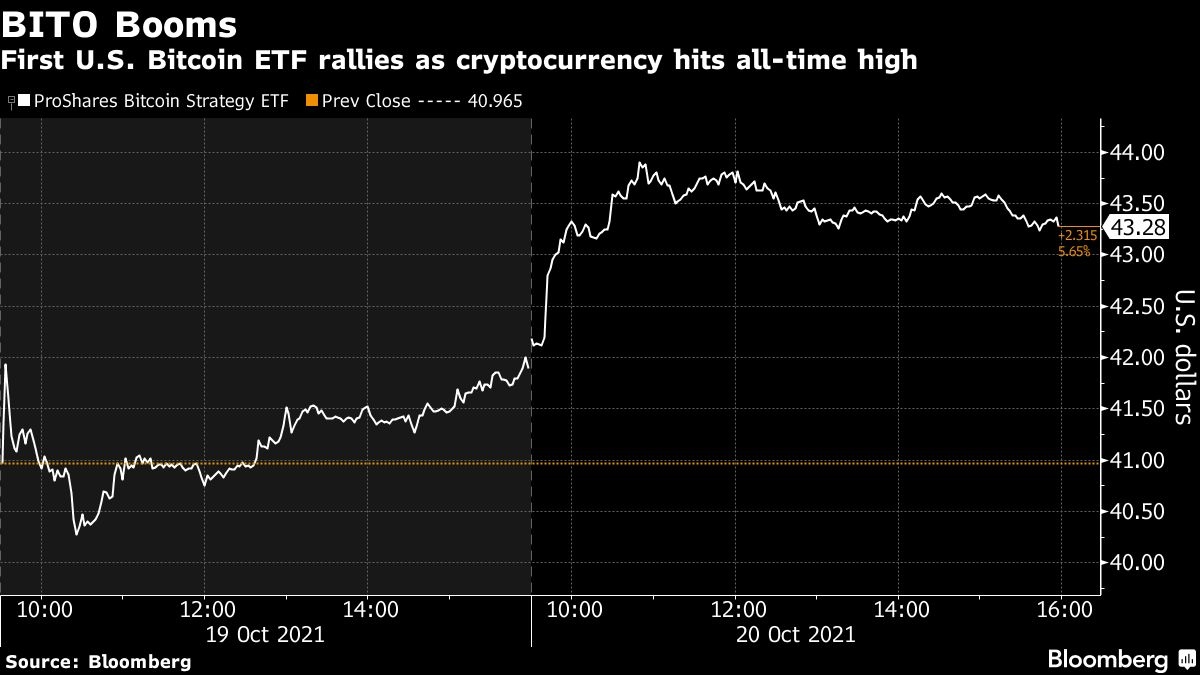 The enthusiasm surrounding the fund has helped propel the world’s largest cryptocurrency to an all-time high, with Bitcoin at one point nearing US$67,000 on Wednesday. Other issuers are lining up to introduce their own products, with Bitcoin futures ETFs from VanEck and Valkyrie potentially coming to market this month.

BITO has climbed about 8.2 per cent to US$43.28 from its inception price of US$40, according to data compiled by Bloomberg. It was little changed in pre-market trading at 5:20 a.m. in New York.