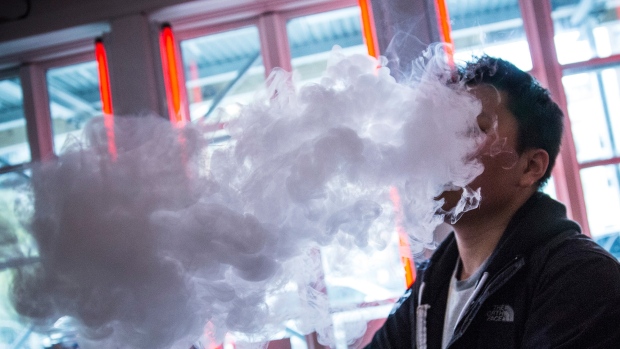 Prudential, one of the largest U.S. life insurers, plans to tweak its policy for customers who vape, saying that they’ll be classified as smokers instead of non-smokers when applying for individual policies. Smokers tend to be charged higher life-insurance rates for policies than people who don’t smoke, the company said in an emailed statement Wednesday.

Vaping has come under scrutiny as officials investigate lung-injury cases associated with electronic cigarette use. The director of the Centers for Disease Control and Prevention Robert Redfield said last week that the more than 1,000 cases identified already could just be “the tip of the iceberg” of the threat from vaping. Retailers including Walgreens Boots Alliance Inc. and Kroger Co. are halting the sales of electronic cigarettes amid the outbreak.

“Increased attention on vaping over the past few months and linkages to a few deaths and multiple illnesses, have resulted in warnings from the FDA, federal government and some states banning the use of flavored e-cigarettes,” Prudential said in its statement. “In the coming weeks, and consistent with industry shifts, Prudential will reclassify users of e-cigarettes to treat them as smokers and in line with our cigarette smoking guidelines.”

Smoking is the leading cause of preventable death, according to the CDC, and is responsible for killing more than 480,000 people a year in the U.S.