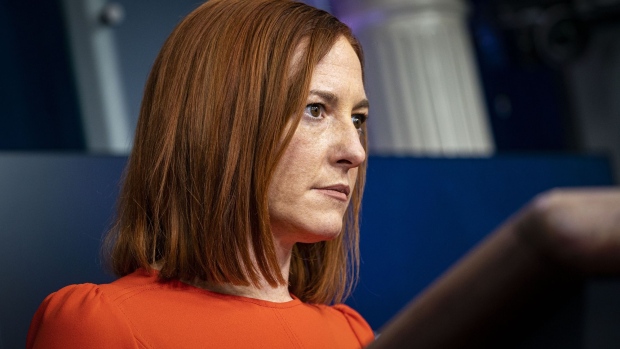 The group Citizens for Responsibility and Ethics in Washington said that Psaki violated the Hatch Act when she said during her regular press briefing on Thursday that “we’re going to do everything we can to help former Governor McAuliffe, and we believe in the agenda he’s representing.”

The Hatch Act limits federal employees’ political activity while working for the government. CREW said in a statement Friday that Psaki’s remark amounted to an endorsement of McAuliffe, who is running against Republican Glenn Youngkin.

CREW is well known in Washington for bird-dogging the public statements of federal officials, and the group filed a slew of Hatch Act complaints against aides to former President Donald Trump.

Psaki did not immediately respond to a request for comment.

The Office of Special Counsel, which enforces the Hatch Act, officially reported several of Trump’s aides for violations of the law after CREW complaints and recommended that Trump fire one of them, his counselor Kellyanne Conway, for repeat offenses. Trump took no known action against any of them.