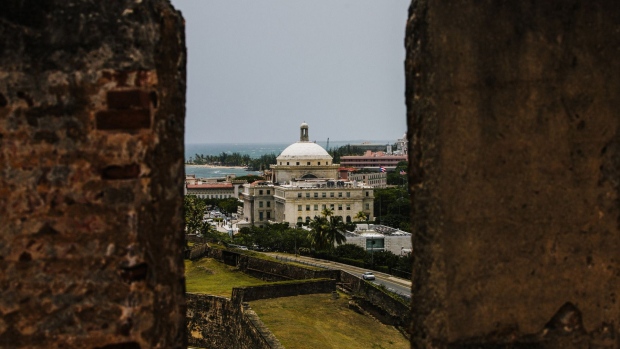 (Bloomberg) -- Puerto Rico’s financial oversight board has agreed to remove proposed public employee pension cuts from a plan to restructure the island’s debt, a major concession from the panel that aims to get commonwealth lawmakers to approve new restructuring bonds and lift the island out of bankruptcy.

The board included a 8.5% reduction to some pension benefits in the debt adjustment plan that it filed to the bankruptcy court in March. Governor Pedro Pierluisi and island legislators have balked at any pension cuts.

“When the legislature and governor enact acceptable legislation, the oversight board will amend the plan to eliminate cuts to the accrued pensions of retired public employees and current employees of the commonwealth,” David Skeel, the board’s chairman, wrote in a letter dated Thursday to Pierluisi and the island’s legislative leaders.

While the board agrees to make that alternation, U.S. District Court Judge Laura Taylor Swain may require a pension cut, according to the letter.

The board’s willingness to remove the proposed retirement reduction from its debt plan could prompt island lawmakers to approve legislation that would allow the commonwealth to sell new bonds to replace existing debt.