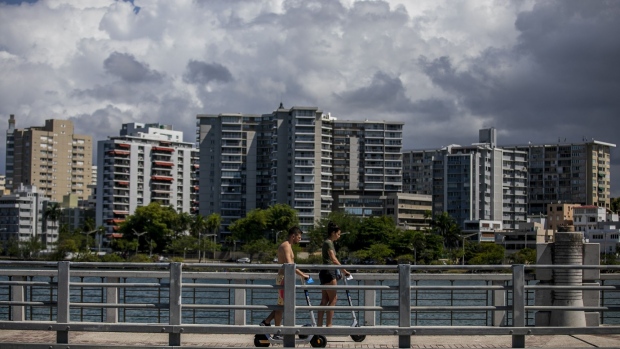 (Bloomberg) -- A plan to restructure $22 billion of Puerto Rico debt and fix the bankrupt island’s unfunded pension system won’t have the support of Governor Pedro Pierluisi.

The governor intends to file an objection regarding the restructuring plan to the court overseeing Puerto Rico’s record bankruptcy, Pierluisi said in a statement Tuesday.

The governor’s plan to oppose the debt agreement follows his signature earlier this month on legislation that prohibits additional cuts to public pensions. Puerto Rico owes current and future retirees $55 billion and pays about $2 billion annually from its operating budget to cover pension checks.

Still, Pierluisi says he supports the debt restructuring, but public workers shouldn’t have to take on additional benefit cuts after a 2013 overhaul of the pension system.

“Our retirees spent years of their lives in public service and have already suffered a reduction in their income, so it is unfair and unnecessary to insist on cuts in their pensions,” Pierluisi said in the statement.

The governor’s objection could become in obstacle in getting Judge Laura Taylor Swain to approve the restructuring deal. Puerto Rico’s has been in bankruptcy since May 2017 and resolving its insolvency would help the island end years of economic contraction.

To boost the island’s pension system, the plan would establish a reserve fund that the commonwealth would contribute to every year. It would also reduce pension benefits by 8.5% for retirees currently receiving more than $1,500 per month.

Puerto Rico’s financial oversight board last month filed its debt restructuring plan to the court after months of negotiating with different bondholder groups and insurance companies to strike a deal.