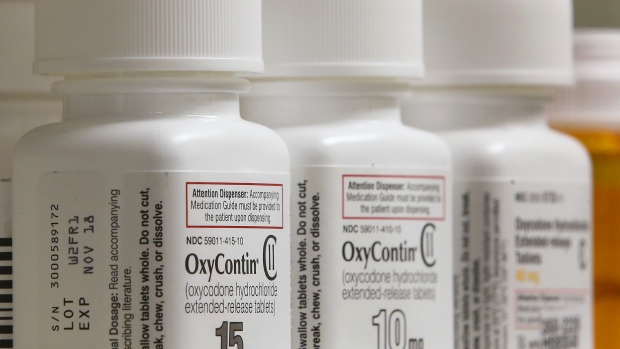 Purdue Pharma LP, the bankrupt maker of OxyContin painkillers, inflicted more than US$2.15 trillion in financial damage on the U.S. economy while pushing highly addictive opioids on Americans for nearly two decades, dozens of states told a judge.

Almost every U.S. state and territory will seek to recover a fraction of those alleged losses in Purdue’s Chapter 11 case, which the company filed to deal with thousands of civil lawsuits over opioid-relates deaths and injuries. New York’s losses alone total more than $165 billion, according to a joint filing by the states on Monday in U.S. Bankruptcy Court in White Plains, New York, where a judge will have to decide how to divvy up Purdue’s assets.

The filing comes as Purdue and its billionaire owners, the Sackler family, who aren’t in bankruptcy, deny arguments that a global settlement proposed in bankruptcy court falls short of what local and state governments need for dealing with the financial cost of the opioid crisis.

“This financial toll only accounts for a sliver of the damage inflicted on the American people,” New York Attorney General Letitia James said in a statement. “The millions of families that have suffered as the result of addiction, ailments and death can never be repaid for their losses.”

The states and territories haven’t yet laid out how much money they’ll try to recover from the company. The filing so far merely explains how much money they think the economy has lost from the opioid crisis, which has led to the deaths of hundreds of thousands of Americans.

In a statement, Purdue said the claims process completed by the company was one of the biggest in U.S. history, and that claims are often far more than what is actually paid out.

“Purdue continues its work to emerge from bankruptcy, garner additional support for the proposed settlement and implement a final resolution,” the company said in a statement. “The proposed settlement would deliver more than $10 billion in value, including 100% of Purdue’s assets, to claimants and communities, and would address the opioid crisis by providing needed funds, as well as millions of doses of lifesaving opioid addiction treatment and overdose reversal medicines.”

Representatives for the Sackler family didn’t have an immediate comment on the filing.