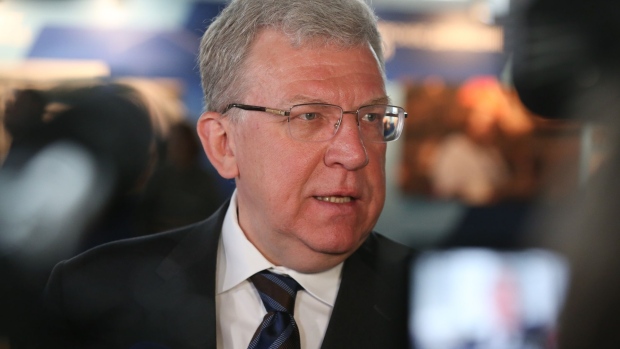 (Bloomberg) -- Alexei Kudrin, a longtime ally of Vladimir Putin, is expected to take a senior role in a restructuring of Yandex NV after winning the Russian president’s blessing to leave government service amid an overhaul of the country’s most prominent technology company following sanctions imposed over Putin’s war in Ukraine.

Kudrin, a former finance minister who’s worked with Putin since the 1990s and won a reputation as a relative economic liberal, is expected to handle the restructuring and sale of Yandex’s main businesses to a Russian investor and may get options for as much as 5% of that company, they said. Some international businesses would be spun off into a new entity with no ties to Russia.

The Russian leader signed off Kudrin leaving his current job as head of a government auditing organization in a meeting with him late Thursday, according to people familiar with the situation who spoke on condition of anonymity to discuss matters that aren’t public. Under the agreement with Putin, Kudrin’s planned role would help protect Yandex from pressure inside Russia and ensure it remained in private hands and under the control of management, they said.

The deal would mark the end of Yandex’s ambitions to be a global technology player, which have been decimated by the war and the international isolation of Russia that it brought.

The company said on Friday that its board will consider “options to restructure the group’s ownership and governance in light of the current geopolitical environment”. Those options include development of the international divisions of certain services, like self-driving technologies, independently from Russia. Yandex N.V. may divest ownership and control of all other businesses in the Yandex Group, including transferring certain elements of governance to management, according to the statement. The board also expects Yandex to be renamed, with the business to be divested retaining exclusive rights for the use of the Yandex brand.

Yandex, which now controls over 60% of the Russian search market and also includes technology services ranging from ride-hailing to e-commerce, has come under intense pressure both in Russia and abroad since the Feb. 24 invasion. Founder Arkady Volozh resigned as the company’s chief executive officer after the European Union sanctioned him in June for Yandex’s role promoting Russian state media’s version of the war. NASDAQ has indefinitely suspended trading in the company’s shares, once among Russia’s most popular issues among foreign investors.

Volozh, who moved to Israel in 2014, has sought to give up his Yandex stake - his family trust controls 8.5% of its equity and 45% of voting rights, though he transferred those to the board after he was sanctioned -  in exchange for the Kremlin’s informal permission to allow him to keep intellectual property needed to develop some businesses abroad, according to people familiar with his thinking.

More than 10% of Yandex’s 19,000 employees have left Russia since the invasion as part of a wave of emigration among professionals who oppose the war. People from this group could become the core of an international entity that would split from the Russia-focused company and develop its most-promising projects, including its self-driving vehicle and cloud-computing divisions, the people said.

A spokesman for Kudrin at the Audit Chamber, the agency he currently heads, didn’t respond to a request for comment. A Yandex spokesman declined to comment. Kremlin spokesman Dmitry Peskov said he couldn’t confirm or deny whether Putin met Kudrin Thursday.

Even amid the government crackdown and international sanctions on Russia, Yandex has continued to post strong results, in part because it faced less domestic competition from companies like Google. Revenue rose 46% in the third quarter from a year earlier to 133 billion rubles ($1.9 billion), driven by growth in its search engine, mobility and e-commerce businesses.

However, its financial performance belies the turbulence the company is going through as the Kremlin expands its control over the internet and the West is increasingly suspicious of Russia. Yandex declined to provide any guidance on its outlook in its most recent results, citing uncertainty over the geopolitical situation.