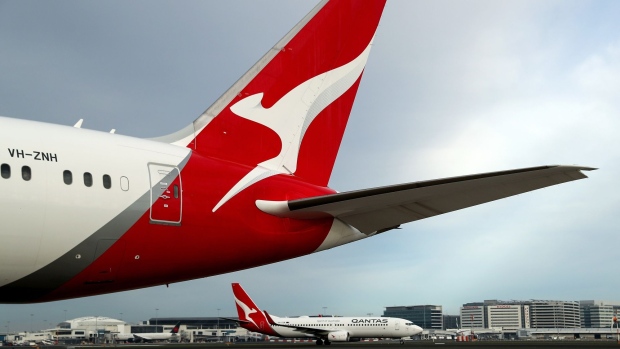 The airline is looking for at least 100 volunteers to carry out shift work at Sydney and Melbourne airports, Chief Operating Officer Colin Hughes wrote in a note to managers that was shared by Qantas Monday. Tasks include loading and unloading luggage, as well as driving the vehicles that take bags to planes and between terminals.

Applicants must be able to move suitcases weighing as much as 32 kilograms (70 pounds), according to the memo.

While Qantas headquarters staff have been helping at airports during holiday rushes, the need to put executives on the job for months underscores the depth of the labor shortage during the global travel rebound. Australia’s national airline canceled 8.1% of scheduled domestic services in June, making it the country’s least reliable carrier.

“To be clear, there is no expectation that you will opt into this role on top of your full-time position,’ Hughes told managers. “It’s our singular company focus to support our teams to get our operation back to where it should be.”

The world’s depleted aviation industry is struggling to cope with a faster-than-expected surge in traffic, while airlines are also being hit with Covid-related staff absences.