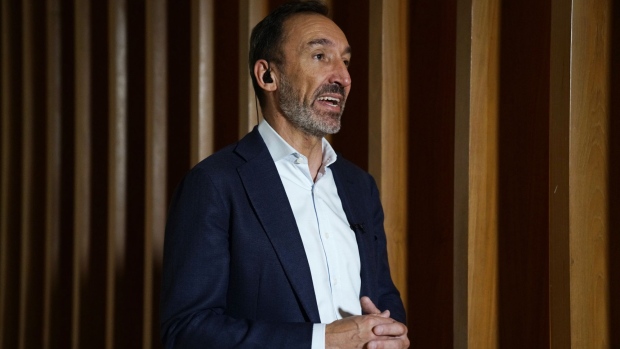 Gareth Evans, chief executive officer of Jetstar Group, a unit of Qantas Airways Ltd., speaks during a Bloomberg Television interview in Singapore, on Friday, March 2, 2018. Jetstar has fuel-hedging in place as it’s important to have flexibility to deal with oil-price changes, said Evans. , Bloomberg

Evans, CEO of Qantas’ budget airline Jetstar, will step down in December and leave in 2023, the airline said in a statement Friday. He’s worked at Qantas for 23 years.

Having previously led Qantas’ finance and international divisions, Evans was in prime position to take the top job. Joyce, who has led the Australian airline since 2008, has agreed to stay on until at least the end of 2023.

“We spend a lot of time developing our internal talent pipelines for succession opportunities like this,” Joyce said in the statement. “We’ll be appointing a new Chief Executive for Jetstar soon.”

Qantas Chief Financial Officer Vanessa Hudson in March said she’d like to succeed Joyce if given the chance.