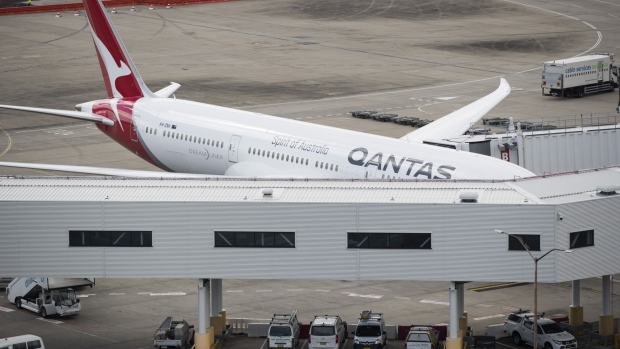 (Bloomberg) -- Qantas Airways Ltd. slashed domestic flight schedules through to March next year to help offset the rising cost of fuel, a step that’s likely to drive fares even higher.

Flying in Australia from July to September will be cut by 15%, more than the airline previously forecast, Qantas said Friday. Some 10% of flights will be scrubbed from October to the end of March.

The depth and duration of the reductions highlight the burden on airlines as Russia’s invasion of Ukraine drives up the price of oil -- and jet fuel. With travel demand soaring, the capacity cuts should help Qantas financially because remaining flights will be more full and the airline is under little pressure to reduce ticket prices.

“These reductions, combined with robust international and domestic travel demand, are expected to help the group substantially recover the elevated cost of fuel indicated by forward oil prices,” Qantas said in its statement.

The airline also took steps to address the travel chaos that has hit major airports in Australia as the depleted industry struggles to deal with a passenger rebound: