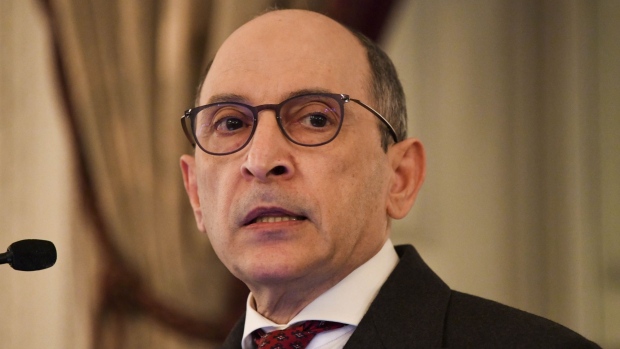 (Bloomberg) -- Qatar Airways Chief Executive Officer Akbar Al Baker hit out at Airbus SE’s latest explanation of issues with its A350 long-haul jet and said that Boeing Co. is in the lead to win an order for approaching 50 freighter planes.

While the Gulf carrier is keeping its options open as it mulls the merits of Airbus’s recently launched A350F cargo jet and the planned 777F from Boeing, the U.S. manufacturer is the “leader in freighters,” Al Baker said Tuesday in London.

In a stinging attack, the CEO said Airbus’s suggestion that copper foil used as a lightning-conductor on the A350’s fuselage is to blame for peeling paint points to a serious problem that could require the European planemaker to seek new regulatory approvals for its top-selling wide-body.

“When we even change the armrests of our seats it has to be recertified,” Al Baker said at the U.K. Aviation Club. “Does Airbus realize -- I’m not getting into detail because I could really crucify them -- that when you replace such an important safety matter, don’t you need to recertify the aeroplane?”

The problems with the A350’s surface finish come at the worst possible time for Airbus as it seeks to garner buyers for the freighter version. While the Toulouse, France-based firm won deals for 11 A350Fs at the Dubai Airshow this month, Qatar Airlines ranks as the biggest cargo carrier among passenger airlines and has said in the past it would be interested in placing an order.

Al Baker said in London that a freighter deal could come before the end of the year and that Qatar Airways needs “a large number” of planes -- repeating in response to a question that the requirement could total nearly 50 aircraft.

An Airbus spokesman said Monday that the company is working with the European Union Aviation Safety Agency on the paint issue. Using a different type of copper foil for lightning-strike protection is one possible solution to the problem, which arises from differences in how the the plane’s composite shell reacts to changes in temperature.

Airbus Weighs Fixes for A350 Paint Issues Behind Qatar Rift

Reuters reported this week that at least five other airlines including Deutsche Lufthansa AG and Cathay Pacific Airlines Ltd. had raised concerns about paint and surface flaws since the A350 entered service. EASA said there’s no indication that issue affects the A350’s structure or represents an airworthiness risk.

The dust-up with Qatar Airways surfaced in May, when Al Baker said the carrier would take no more A350s until the paint problem was resolved, adding last month that the Gulf state’s aviation regulator had grounded 16 of the jets.

The CEO said Tuesday that his carrier is having to seek out leased aircraft, reactivate Airbus A380 superjumbos and bring back planes previously returned to rental firms in order to make up for the “very large dent” in capacity.

He said it’s not clear whether or not there’s an airworthiness issue stemming from what he called the accelerated degradation of the skin of the A350, and that EASA inspectors concurred with that conclusion in meetings with local regulators.

“It is always better when there is a problem to admit it, not to put your customer in a corner and blame them,” Al Baker said. “Airbus is climbing a very tall tree and doesn’t know how to get down.”