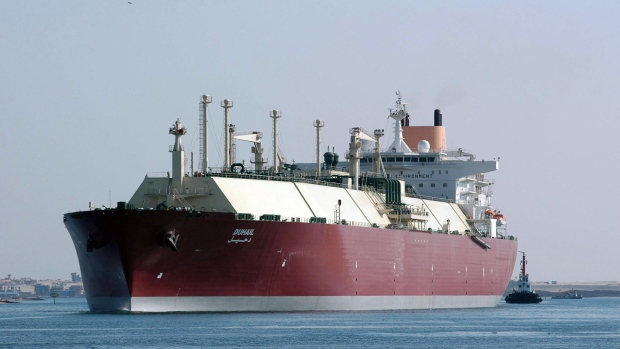 (Bloomberg) -- Qatar wouldn’t be able to significantly ramp up supplies of natural gas to Europe in the event of any disruption to Russian flows, according to two people familiar with the situation.

U.S. President Joe Biden’s administration has spoken to major gas producers, including Qatar, about the possibility of getting more shipments sent to Europe in case a potential Russian invasion of Ukraine interrupts flows. Russian President Vladimir Putin has repeatedly denied having any plans for an invasion.

Qatar, one of the world’s biggest exporters of liquefied natural gas, is already producing at full capacity and most of its cargoes are sent to Asia under long-term contracts that it can’t break, the people said. The Persian Gulf state doesn’t want to be seen as compromising those Asian partnerships even if it reaps political rewards in Europe, they said.

State firm Qatar Energy sells some LNG on the spot market, which could be mostly sent to Europe. But the volumes would be too small to make much difference, the people said.

Qatar’s energy minister, Saad Al-Kaabi, said in October the country was unable to pump more gas to help bring down prices, which have soared in the past year as the global economy rebounds from the coronavirus pandemic.

“We are maxed out,” Al-Kaabi said at the time, adding that Qatar’s LNG exports were around 80 million tons a year. “We’re producing what we can.”

Qatar is spending almost $30 billion to increase its output capacity by 50%, but the project won’t be finished for five years.