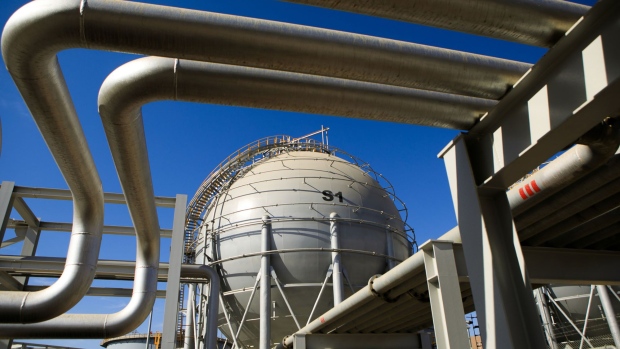 QP expects consumption to grow at a rate of 1.5% a year, driven higher by economic growth and a broad shift away from dirtier-burning coal, according to a bond prospectus seen by Bloomberg. It sees demand peaking around 2040, roughly 15 years later than forecast by the IEA.

The world’s largest producer of liquefied natural gas is spending tens of billions of dollars to build expansion projects that rely on a rosy future for the commodity. Gas has been seen as a key transition fuel in the global shift to cleaner energy, though it’s falling out of favor with some governments as they accelerate efforts to slow climate change.

The Paris-based IEA, an adviser to most major economies, expects gas demand to peak in the mid-2020s, according to its Net Zero by 2050 report published in May. By mid-century, gas use will be 55% lower than in 2020, it said.

QP’s outlook contrasts sharply, and its forecast for LNG is even more bullish. The state producer expects LNG demand to grow even after gas consumption starts to decline, saying falling gas production in some countries will raise demand for imports. It sees the LNG market growing at a rate of 3.6% a year to 2040, and continuing to expand until the end of that decade.

Qatar is ramping up production of the liquefied fuel dramatically, while dropping prices to squeeze competitors out the market. Qatar Petroleum’s capital expenditure will total almost $60 billion from 2021 to 2025, according to the prospectus.