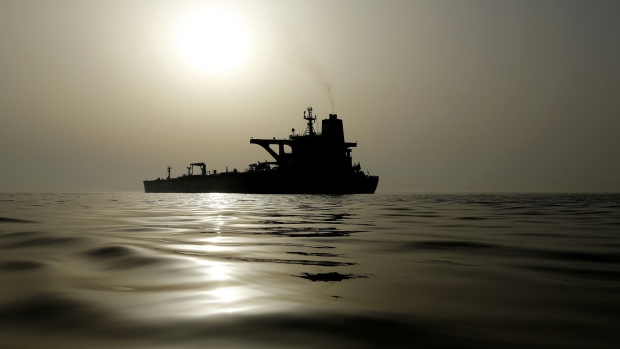 (Bloomberg) -- Qatar exported what appeared to be its first oil cargo to a Persian Gulf neighbor since the United Arab Emirates and three other countries agreed to restore ties with Doha in January.

Qatar loaded about 700,000 barrels of oil onto the tanker Abu Dhabi-III on March 4 and the vessel delivered the fuel to Dubai’s Jebel Ali port 3 days later, Bloomberg tanker tracking data show. The exports may be a sign that business is getting back to normal now that the three-and-a-half year suspension of diplomatic and trade ties has come to an end.

Abu Dhabi National Oil Co. also purchased some Qatari condensate prior to the embargo that began in 2017, when the UAE, Saudi Arabia, Bahrain and Egypt severed ties with Qatar. The four countries accused Qatar of meddling in their internal affairs, supporting hardline Islamist groups in the Middle East and becoming too close to Iran -- charges that Doha denies.

Qatar, a peninsula projecting into the Gulf from Saudi Arabia, makes most of its money from the sale of liquefied natural gas rather than oil. In the midst of the embargo, Qatar left the Organization of Petroleum Exporting Countries, of which Saudi Arabia and the UAE are the biggest and third-largest producers, respectively.

The supply of condensate to trade-oriented Dubai, has been fraught with geopolitical risks over the past decade. ENOC traditionally bought its refinery feedstock from Iran, where some of the world’s largest gas deposits provide a surfeit of affordable condensate.

What looked like a good trade financially for Dubai turned into a headache as successive U.S. administrations clamped down on Iran’s energy sales to limit the Islamic republic’s nuclear development.

To cut its reliance on Iran, Dubai looked to Qatar for condensate. The diplomatic spat deprived the UAE of supply from a U.S. ally at a time when sanction waivers that Washington granted for some oil deals allowed ENOC to continue purchases from Iran. Once even those were cut off, the UAE looked as far as the U.S. to source some of its cargoes.