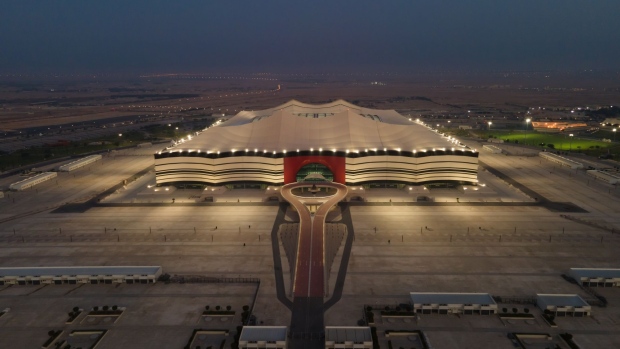 (Bloomberg) -- Engineering company Cimolai SpA is weighing a capital increase to boost its finances after millions of euros of currency derivatives turned sour.

The company, which built a stadium set to host the inaugural match of the FIFA World Cup next month, said in an emailed statement that it entered the derivative contracts without the knowledge of Cimolai’s chairman and top management. Lazard Ltd. is now reviewing the whole portfolio and may renogotiate or challenge some of these contracts, the firm said.

Cimolai is a family-owned company which designs and builds steel structures for bridges, buildings, stadiums and even the new safe confinement for the Chernobyl nuclear reactor. The firm said it has a record-high orderbook of more than €800 million ($738 million), but sees “problems” in its derivative exposure because of the steep drop of euro against the dollar.