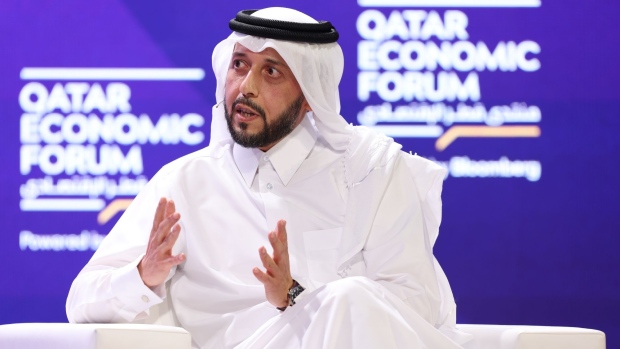 Mansoor Al-Mahmoud, chief executive officer of Qatar Investment Authority, speaks during a session at the Qatar Economic Forum in Doha, Qatar, on Tuesday, June 21, 2022. The second annual Qatar Economic Forum convenes global business leaders and heads of state to tackle some of the world's most pressing challenges, through the lens of the Middle East. , Bloomberg

(Bloomberg) -- Qatar’s wealth fund isn’t interested in investing in cryptocurrencies, though it believes in the underlying blockchain technology, according to Chief Executive Officer Mansoor Al Mahmoud.

“Our team in the technology space are exploring opportunities in the blockchain,” the Qatar Investment Authority’s Al-Mahmoud said in an interview at the Qatar Economic Forum in Doha on Tuesday. “This is the space that we’re interested in, not the currency itself.”

Bitcoin, the most popular cryptocurrency, plunged below $20,000 last week as several platforms froze withdrawals. It peaked at around $69,000 last November.

The Qatari fund won’t invest more in Russia, though it still has some holdings in the country, Al-Mahmoud said. It’s also seeking partners to invest in African infrastructure, and continues to be optimistic about Europe in the long-term, he added.