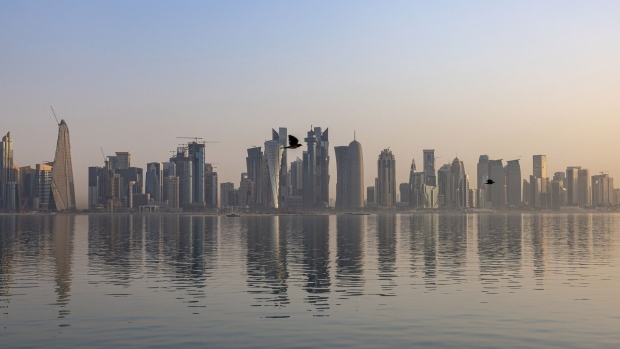 Residential and commercial skyscrapers on the skyline in Doha, Qatar, on Thursday, June 23, 2022. About 1.5 million fans, a little more than half the population of Qatar, are expected to descend upon the tiny Gulf state for this year's FIFA World Cup football tournament. Photographer: Christopher Pike/Bloomberg , Bloomberg

Byrne, who has nearly 30 years’ experience in the finance industry, joined QIA this month, according to his LinkedIn profile. He previously held positions at JPMorgan including chief operating officer and chief financial officer of global fixed income, currency and commodities at its asset management arm.

Sovereign wealth funds have continued to be active acquirers this year even as global deal volumes fall and banks cut bank lending for acquisitions. QIA agreed in October to invest €2.4 billion ($2.5 billion) in RWE AG to back the German utility’s purchase of US renewable assets. It was also a cornerstone investor in sports car brand Porsche AG’s IPO and has invested in a string of tech startups.

In recent months, QIA also promoted Mohammed Al-Hardan to become its new head of technology, media and telecom investments, according to his LinkedIn profile. He replaced Sumit Pande, who left the state-owned fund earlier in the year to pursue another opportunity.

A representative for QIA confirmed the appointments.

(Updates with another appointment, QIA response from fifth paragraph)