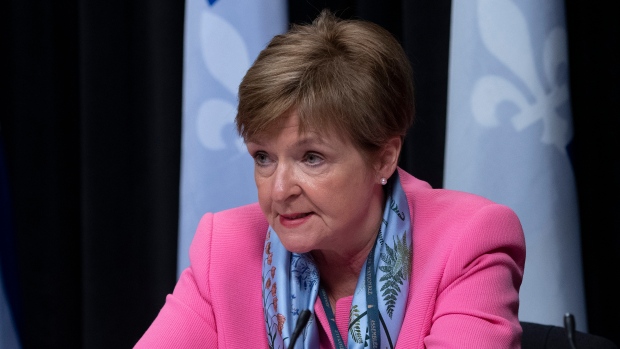 Quebec's auditor general says the province has underestimated the size of its debt by $12 billion.

Guylaine Leclerc told a legislative committee today she plans to table a report on the situation in March.

She says her upcoming report will clearly explain to Quebecers why she feels the province's debt is being underestimated by the government.

Leclerc says the situation is akin to someone receiving a credit card bill and saying the minimum payment is all they owe.

Quebec's Finance Department estimates the province's gross debt will be $220.8 billion by March 31, or 50.5 per cent of GDP.

Leclerc also told the committee her office may investigate the no-bid contracts that were awarded by the government during the pandemic.