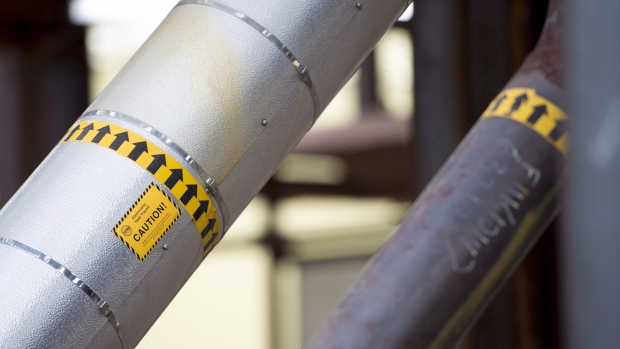 Seven Generations Energy Ltd. became the first Canadian natural gas producer to get a certification for responsibly produced energy in a supply agreement with Quebec, and its CEO expects the market for such deals to grow.

The Calgary-based company on Monday agreed to supply Quebec distributor Energir Inc. with gas under the EO100 Standard for Responsible Energy, which looks into the environmental and social impact of energy production. Seven Generations Chief Executive Officer Marty Proctor expects the market for certified energy supplies to grow.

“I do believe it grows from here,” Proctor said in an interview. “People are going to recognize that this is a standard that’s meaningful. It’s a standard that will be more important to more customers.”

Energy companies are under mounting pressure from consumers and investors to comply with environmental, social and governance best practices, or ESG.

Seven Generations agreed to ship Energir about 10 per cent of its gas production -- which amounts roughly to 50 million cubic feet a day -- and receive a “modest” premium on the sales as part of the multiyear deal, the companies said, while declining to provide more specific terms.

All of Seven Generations’ production comes from the same project near Grande Prairie, Alberta, and meets the EO100 standards set by New York-based non-profit Equitable Origin, Proctor said. Energir has a goal of purchasing about 20 per cent of its gas under the system in the first year, and Proctor said more purchasers may seek to buy gas with the certification.

The deal with Montreal-based Energir, which is owned by the province of Quebec, had been in the works for about a year and a half and required Seven Generations to allow access to its operations to ensure they met the organization’s standards, Proctor said. The Pembina Institute, an environmental think tank, was involved as well, advising Seven Generations on responsible production and procurement practices.

Proctor said he’s not sure whether the EO100 deal will help the company’s prospects with investors, which have grown increasingly interested in companies’ ESG performance. But he’s happy that the company is being recognized for the low carbon intensity of its operations and its relationship with indigenous communities near its project.

“We would hope that all stakeholders, including the capital providers, the shareholders care about this as much as we do,” Proctor said. “Time will tell.”