A Quebec startup is pursuing one of the last vehicle categories to go electric, betting it can outpace industry giants in making greener jet skis and snowmobiles in the same way that Tesla Inc. beat major automakers to high-end electric cars.

Taiga Motors Corp. plans to deliver its first orders later this year, open a bigger factory in 2022, and expand its product line. Like Tesla, the company sells directly to customers on its website and plans to install charging stations.

For now, investors are circumspect, especially after electric vehicle startups like Lordstown Motors Corp. and Nikola Corp. melted down. Taiga has fallen 28 per cent from its closing price on its first day of trading in April after completing a merger with a special purpose acquisition corp.

Taiga’s founders, three engineers who met at Montreal’s McGill University, say that their focus on making only battery-powered products is an advantage over the incumbents, including Sea-Doo maker BRP Inc. and Polaris Inc., which are preparing to roll out their EV models over the next few years.

“We are 100 per cent focused on electric, whereas the other manufacturers are still splitting between electric and combustion,” Taiga Chief Executive Officer Samuel Bruneau said in an interview. “We’ve seen that a lot with automotive, and that’s why Tesla has been able to have so much success.”

The company is flush with $200 million (US$159 million) from a private placement, government funding and the SPAC deal. But its biggest challenge is to start and ramp up production after delays to its original timeline. Taiga’s long-term ambitions also rely on monetizing its technology by supplying powertrains to other companies, a market it says is worth $400 billion.

Investors’ approach to companies in the electric and autonomous driving field has started to shift, from a craze akin to the late 1990s dot-com bubble to “let’s see what you have, rather than what you say you have,” said Kevin Tynan, a senior analyst who covers the car industry for Bloomberg Intelligence.

Off-road vehicles are popular and “a good space to be in,” he said. “Then it just comes down to the execution plan.” 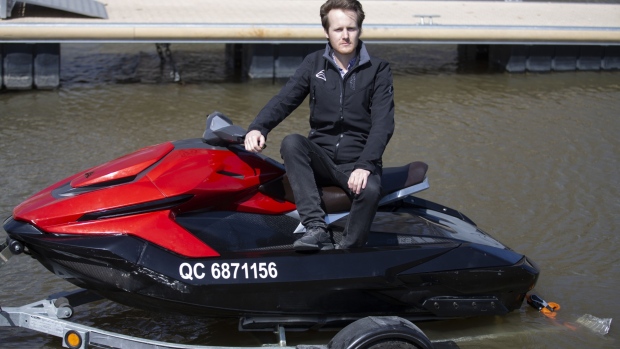 Demand for gasoline-propelled outdoor toys boomed during the pandemic. In electric, Taiga has a two- to three-year lead in development over large competitors and recently added seasoned financial and commercial executives to help it grow, National Bank Financial analyst Cameron Doerksen said in a May report. But it’s going against established brands with deep pockets and their own electric plans.

BRP, also based in Quebec, said in March it will spend $300 million to introduce its first EV products within two years and offer options across its entire fleet by the end of 2026.

Medina, Minnesota-based Polaris, which partnered with an electric motorcycle developer, will ship its first electric side-by-side vehicles to dealers early next year. Other startups are also starting to emerge, though there appears to be little competition yet for Taiga’s first products.

The company developed three models each for snowmobiles and personal watercraft, with price tags ranging from US$15,000 to US$24,000. It’s received more than 2,000 reservations to date and has a goal to deliver 1,000 this year.

It’s also in talks with commercial owners, such as ski resorts, over larger orders. Bruneau, who rode snowmobiles growing up in Quebec, believes he can attract a new group of customers who are put off by the noise and smell of a gasoline engine and the perception that it’s a “hard-core activity,” he said.

“The electric really changes that experience,” he said. “It really becomes more of an outdoor adventure.”

Alain Fiset, an EV enthusiast from the Quebec City region who owns three electric cars, booked a Taiga snowmobile about two years ago, intrigued by the idea of a local startup “a bit a la Elon Musk, out-of-the-box people,” he said. He got a chance to try it for 10 minutes last year and liked the comfort and handling. He’s now signed up for a watercraft, too.

“We bought a maple farm three years ago and that’s the ideal vehicle for us -- no noise,” said Fiset, who owns an electrical business. “I know that what I buy now will probably have a longer range in two, three years, but I’m one of the first, and I’m ready to take the risk.” 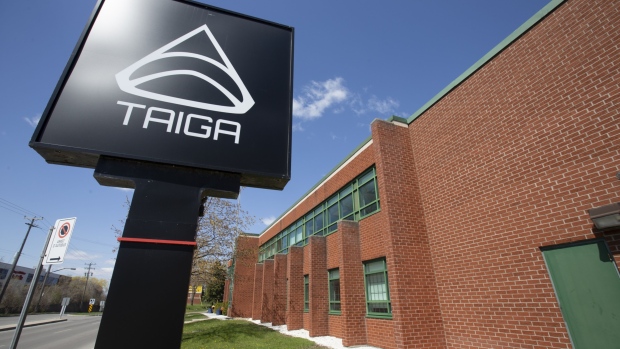 Taiga says its snowmobiles can last 100 kilometers to 140 kilometers (62 to 87 miles) on one charge, and touts a two-hour range on its watercraft. It’s planning to install charging stations, starting at popular marinas and along trails in Quebec, which has a deeply-rooted snowmobile culture.

In contrast with Tesla, which bypasses dealers entirely, Taiga is trying out a hybrid system for selling. It is signing up dealers to showcase some products and offer a place to pick up and service the vehicles. But they won’t hold inventory as customers will order directly from the manufacturer.

Building up its network and ramping up production quickly are two of its key challenges, National Bank’s Doerksen wrote. Ambitious manufacturing plans, which include side-by-side vehicles as early as next year, hinge on building a planned 340,000 square-foot plant, two hours from Montreal.

Already, the pandemic, and the global supply chain crisis that ensued, have pushed back the delivery timeline. But being small had an advantage: When a semiconductor shortage hit the whole automotive industry this year, Taiga redesigned its vehicles to switch to a newer, easier-to-find chip, Bruneau said.

“The big potential for Taiga is to be delivering these first units, and then ramping up production and really showing that this kind of market is possible to electrify,” he said.